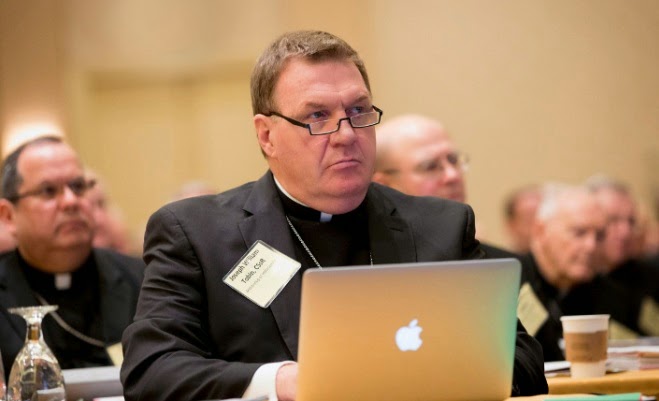 Indianapolis Archbishop warns of “balkanization” of Catholic Church in America

Here are some of Archbishop Tobin’s words given at a theological convention last Friday.  In the address, and consequent question and answer, he said:
“In my opinion, finger pointing does a great harm to religious life because it makes us defensive.” Under such finger pointing, he said, “we feel constantly compelled to defend ourselves against other parties in the church.”
In response to one question, Tobin even said some U.S. bishops are finding Pope Francis’ leadership style difficult to understand.
“What I’ve seen is how disruptive Pope Francis has been within the hierarchy of the United States,” said Tobin. “I was talking to a couple of brother bishops a while back and they were saying that bishops and priests were very discouraged by Pope Francis because he was challenging them.”
“I think there was a particular image, perhaps, of what it means to be a pastoral leader in this country, and Francis is disturbing it,” he continued. “I think there is some resistance to a different way of doing the Gospel mission of the church.”
“I wonder whether some of the echo of name-calling, labeling, and intolerance that appears to increasingly characterize the American political discourse — I wonder whether this intolerance passes unchallenged in the heart of the American Catholic church.”
Click here to read more.