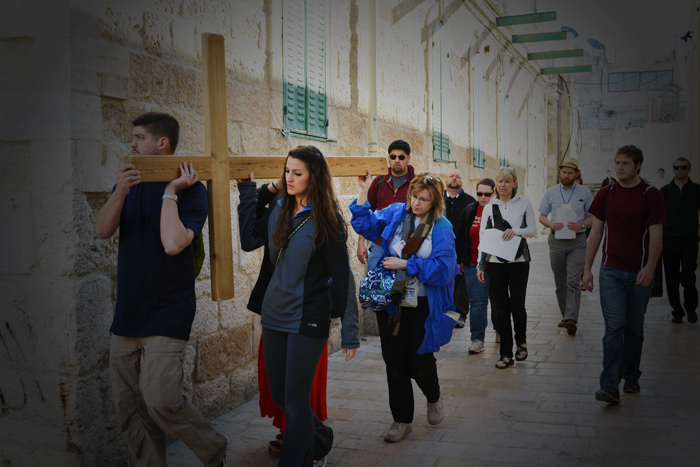 A pilgrimage to Jerusalem is a spiritual activity according to Fr. Rif’at Bader of the Holy Land 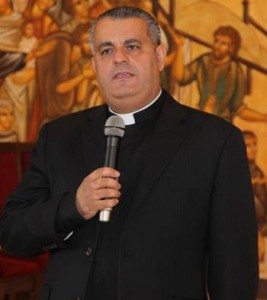 Fr. Rif’at Bader, director of the Catholic Center for Studies and Media in Jordan

Fr. Rif’at Bader, director of the Catholic Center for Studies and Media in Jordan, has said that pilgrimage to Jerusalem “is a spiritual activity expressing a humanitarian and political solidarity, because the Muslim and Christian presence is in danger.” He quoted Latin Patriarch of Jerusalem Michael Sabbah statement on Jerusalem that “no one has the right to own Jerusalem in a way that breeds hatred. Yet, every believer has the right to view it as a homeland for his/her soul as well as for justice and peace which lead to God’s peace.”

Addressing a seminar on Saturday, March 4, organized by the Jerusalem Day Society under the patronage of Minister of Culture Lana Mamkegh and titled, “Jerusalem Speaks”, he added that “Jerusalem is a matter of life or death for Palestinian Christians, as is the case with others, for it is the heart of their spiritual, religious, cultural, economic and social life.” He stressed that Jerusalem cannot be without Christians.

He continued: “We are all born in Jerusalem. For if it were not our actual birthplace, it is indeed our spiritual birthplace. There is no force in the world that can separate us from Jerusalem. We are awaiting the day when we go back to our birthplace, so that we can live and fulfill our mission in the service of our people, the peoples of the region, and the entire world. Jerusalem is a promise; it is a hope we look forward to.” 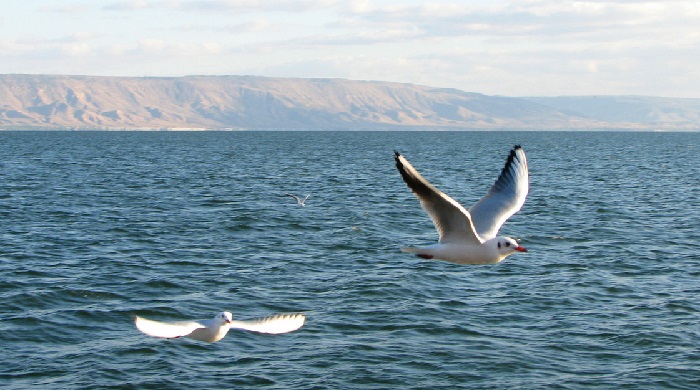 Fr. Bader quoted remarks by His Majesty King Abdullah II at the welcoming ceremony for Pope Benedict XVI in Amman where he said: ”Jerusalem is a special concern for all of us. Jordan and the Catholic Church both know the honor, and the responsibility, of serving as guardians and custodians of holy places and religious sites in Jerusalem. We must protect these holy sites and preserve the identity of Jerusalem. And we must safeguard the Holy City as a place of worship for all. Here and elsewhere, let us help create a true neighborhood of peace… where every family can enjoy the blessings of safety… where no child will be held back by violence and destruction… where all communities will know the power of reconciliation… and where the Palestinian people will find an end to occupation and suffering, and share, at last, in the rightful dignity of freedom.” 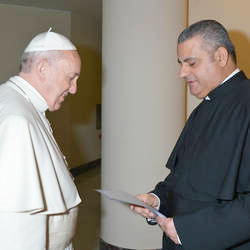 Concluding his address, Fr. Bader said: “At a time when the Church denounces every violent act in Jerusalem, the awaited city of peace, we have to quote Fr. Rafiq Khoury who said: ‘Jerusalem is the heart, and the heart of the heart. Being away from it is imminent death at more than one level. It is spiritual, social, religious, national, and economic death. Jerusalem is not a problem, it is a solution to the problem. The time has come to turn the Holy City into an oasis of peace, reconciliation and a genuine gathering site for all its children and mankind. Banning the Palestinians from enjoying the grace of their city is a transgression on a key aspect of its identity and violence practiced on the character of this Holy City’.”

For her part, the minister of culture said in her opening remarks that Jerusalem “tops the priorities of the diplomatic and political activities of the Jordanian state which is led by a gracious Hashemite leadership that exerts assiduous efforts to renovate the Aqsa Mosque in Jerusalem and preserve it through coordination with Arab and international parties.”

Head of the Jerusalem Day Society Dr. Sobhi Ghosheh said: “The convening of the seminar at a time when Land Day is marked and a new terrorist settlement activity is taking place, confirms our adherence to our Palestinian soil, as well as to our national, religious and legitimate constants, in addition to the culture of resistance in all its forms as a way to liberate the homeland and establish the Palestinian state with and its capital Jerusalem.”