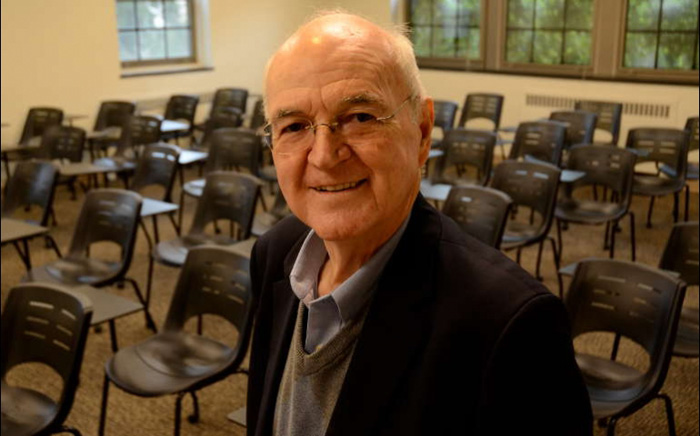 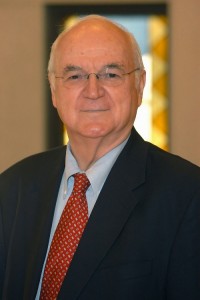 (CNA/EWTN News).- Father Richard P. McBrien, a Notre Dame theology professor who came to prominence for opposing Catholic teaching on several issues, died on Sunday in Connecticut at the age of 78.

“While often controversial, his work came from a deep love of and hope for the Church. We pray for eternal rest for his soul,” University of Notre Dame President Father John I. Jenkins, C.S.C. said of Fr. McBrien Jan. 25.

Fr. McBrien chaired the University of Notre Dame Theology Department for 11 years and chaired the Faculty Senate for three years. He joined the Notre Dame faculty in 1980, with the initiative of then-president Fr. Theodore Hesburgh, Fr. McBrien’s official website reports.

Before arriving at Notre Dame, he taught at St. John’s Seminary in Brighton, Mass. and directed the Institute of Religious Education and Pastoral Ministry at Boston College. From 1975-1976, he was the first visiting fellow at Harvard University’s John Fitzgerald Kennedy School of Government. He was president of the Catholic Theological Society of America from 1973-1974.

Fr. McBrien was a television commentator on Catholicism as well as the author of over 20 books and an opinion column. He served as the theological consultant for The DaVinci Code movie, based on Dan Brown’s much-criticized fictional novel about a centuries-long plot to cover up Jesus Christ’s marriage to Mary Magdalene.

He was an early signatory of an influential dissenting statement against Pope Paul VI’s 1968 encyclical “Humanae Vitae,” which reaffirmed Catholic teaching on the immorality of contraception. 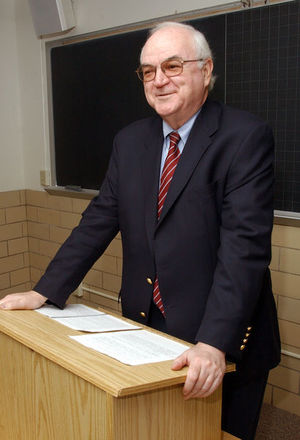 “McBrien gives the press what it wants to hear,” the review said. “He can be counted on to reduce magisterial doctrine and Vatican directives to matters of opinion that can be explained away or rejected when they do not conform to modern norms or the popular culture. He does this by emptying Catholic teaching of its meaning without acknowledging his opposition to it while shifting the focus to his defense of some societal value.”

The review also criticized the book “Catholicism” for some “inaccurate or at least misleading” statements. Among these is its insistence that Catholics may maintain that “Jesus Christ could have sinned.” The work also appears to cast doubt on the Catholic doctrines of the Virgin Birth and the perpetual virginity of Mary.

While acknowledging “many positive features” in the book, the review concluded that Fr. McBrien’s work posed pastoral problems, especially as a textbook for college undergraduates.

The text depicted as “open questions” issues related to contraception…