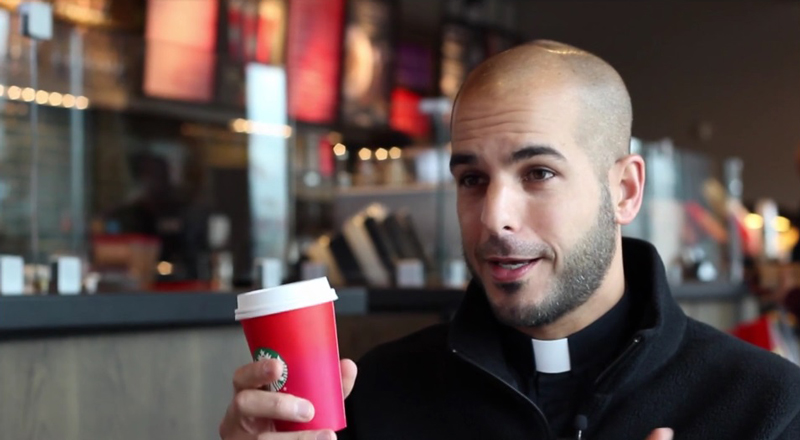 I make short videos for the students at the school, and it was suggested that I make them available online. So I created petersboat.net where other categories have been added to the videos, all of which are directed toward my students and their families.

The following video is a response to the recent Starbucks Christmas cup controversy that has spread through social media to mainstream media. Fr. Ketcham emphasizes that we don’t derive strength from fear and that the need to love is more important than the need to hate or to fear. In short, he nails it.