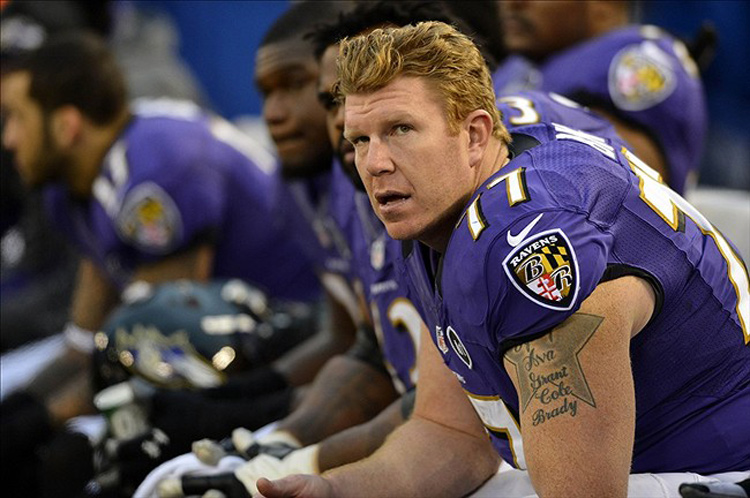 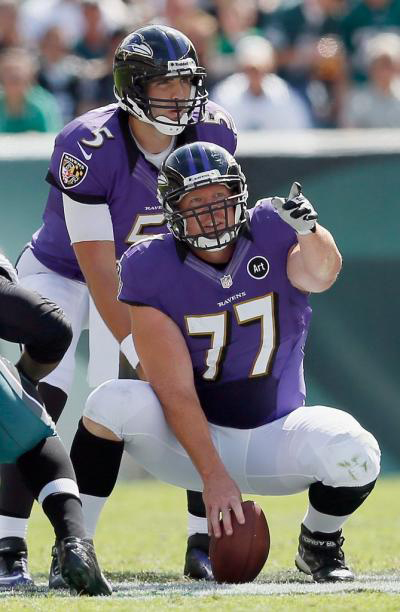 (LifeNews) A former NFL football player for the Baltimore Ravens, who once refused to meet President Barack Obama because he;s pro-abortion, will headline this year’s March for Life. The March for Life is an annual event with more than half a million people going to the nation’s capital to memorialized the 57 million unborn babies who have been victimized since Roe v. Wade was handed down in January 1973.

Baltimore Ravens offensive lineman Matt Birk is pro-life — so when it came time for the Ravens to visit President Barack Obama for the annual congratulations ceremony for the Super Bowl winners , he decided not to go.

“I wasn’t there,” Birk said in 2013 when he refused to meet with Obama. “I would say this, I would say that I have great respect for the office of the Presidency but about five or six weeks ago, our president made a comment in a speech and he said, ‘God bless Planned Parenthood.’”

Birk is a Catholic and indicated that he took offense to Obama’s comments.

“Planned Parenthood performs about 330,000 abortions a year,” Birk explained. “I am Catholic, I am active in the Pro-Life movement and I just felt like I couldn’t deal with that. I couldn’t endorse that in any way.”

“I’m very confused by [the President’s] statement,” Birk questioned. “For God to bless a place where they’re ending 330,000 lives a year? I just chose not to attend.”

Now, Birk has been announced as one of the top speakers for the March for Life.

“We are delighted to have Matt Birk speak at the March for Life this year,” Jeanne Mancini, the President of the March for Life Education & Defense Fund, told CNS News. “His experience and personal story are inspiring, and on top of that he’s a great speaker.”

Birk is a longtime pro-life advocate who has a thoughtful position against abortion and a family story to share.

Birk grew up in St. Paul Minnesota, where Planned Parenthood did abortions for decades and then the godfather of one of Birk’s five children opened a pregnancy center across the street from the abortion facility. Adrianna, Birk’s wife, volunteered at the center, and eventually the Planned Parenthood abortion clinic closed.

Birk was a featured speaker at the Maryland March for Life previously and he said his Catholic faith and being a father are two of the big reasons he is pro-life and he shared how he was overwhelmed to hold his first child.

“It was unbelievable the love that I felt for her,” he said in a prior interview, “and any parent knows exactly what I’m talking about. At that point, you know it’s not a choice. Life is a gift that’s given to us. We are supposed to accept it. It’s not our choice whether we decide a baby lives or not.”Birk said participating in the March for Life is “one of the coolest things I’ve done.”“It seems like our society and media want to push pro-lifers to the side and hope that we would shut our mouths and go away quietly,” said Birk. “Let’s not do that.”“We all need saving,” he said, “and there’s one thing that can save us all, and that’s prayer,” he added.

“I don’t think I’m a superstar by any means,” Birk said, “but I’m glad (for) the platform that football allows me. I’m glad to use it to support causes that I passionately believe in and this is one of them. For me, it comes down to what’s right and what’s wrong – what’s God’s will and what’s not.”