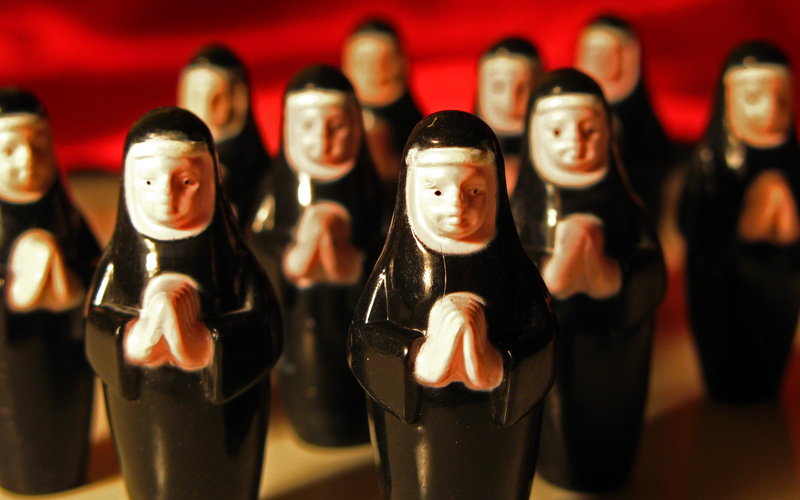 Witness to humor, witness to Faith: Colbert shows us there is much more under the hood

“What’s worse than getting a mosquito bite?”

“Humor brings forth the contrast between real and ideal with a view to criticizing the real.”

One might be tempted to complain about a mosquito bite and the itch that ensues.  Mosquito bites are annoying, rarely anything more.  Yet that small bite and its raised welt can turn a good mood to one of anger, often for hours or until the itch stops.

In the end, however, it is just an itch.

Worse, much worse, is decapitation.  Rather than lasting hours, suffice it to say that it is rather permanent.

Yet, in the question itself the attitude behind the complaint is revealed.  “What could be worse than a mosquito bite?”  The answer, which happens to be “the ideal” (or less than ideal in this case) is one of a million scenarios that truly could be worse.

What is the result?

The complaint is put in its rightful place, no longer exaggerated to a lofty throne; and so is the attitude behind the question.  Many things are worse than a mosquito bite.  We laugh because so many of us are guilty of wrongly crowning the little bite and making it a mighty king.

In a rare, 45-minute interview with Fr. Thomas Rosica, CSB, CEO of Salt and Light Catholic Media Foundation, humorist Stephen Colbert does not “tell all” but he does tell enough.  And what we are told is enough to make us re-think our view of lived-Catholicism, our culture and our very selves.

The real Stephen Colbert, as opposed to his character on the Colbert Report, demonstrates himself to be very different from the ignorant and bullish talk show host famous for his put-downs of people and ideas that contrasted with his.  In fact, the Colbert that interviews with Fr. Rosica is very informed on a number of topics, as well as humble in his demeanor and presentation of views.

Quoting verbatim the likes of St. Anselm -and his proofs of God’s existence, and C.S. Lewis and the Screwtape Letters, he also sights numerous Scripture verses to reinforce his perspective.  Any theologian can do this, however.  What makes the Colbert interview so authentically fascinating is that he reveals himself to be a normal guy, who, with humor, shows his self-awareness and self-possession are all but normal.  These qualities reveal intelligence, faith, hope and love.

Joking about the very thing we love is both healthy and intelligent.

I would venture that Stephen Colbert would give a great and boisterous “Amen” to Wald.  The cliche is a cliche precisely because its so true.  “Don’t take yourself so seriously.”

To the Catholic world, and the universal one too (pun intended), Colbert would intelligently and lovingly seem to say, “Don’t take yourself so seriously.” Be sober without being ridiculous.  Use your faith and your intellect to rightly live out your beliefs.  And above all, do so in love.

He might also quote his favorite Scripture passage from the Gospel of Matthew: “Therefore I tell you, do not be anxious about your life, what you shall eat or what you shall drink, nor about your body, what you shall put on. Is not life more than food, and the body more than clothing? Look at the birds of the air: they neither sow nor reap nor gather into barns, and yet your heavenly Father feeds them.  Are you not of more value than they?”