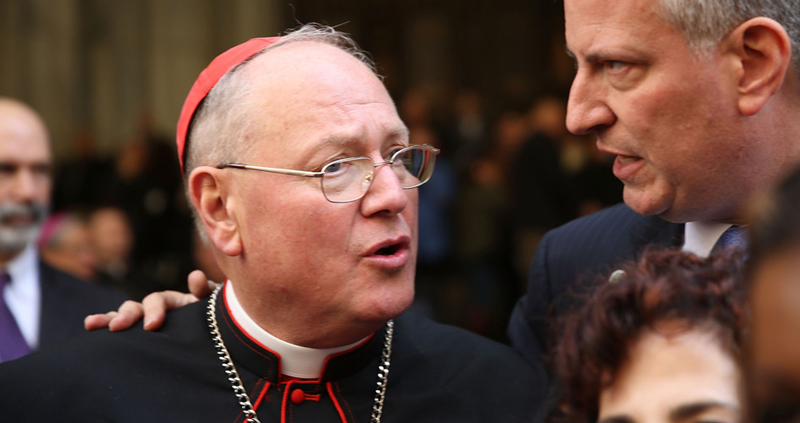 Cardinal Dolan Among Concerned Bishops Who Wrote Pope about Synod

(CNA, by Ann Schneible)  New York’s archbishop is listed among the signatories in a letter last week to Pope Francis over whether this year’s Synod on the Family lacked the “openness and genuine collegiality” needed to accomplish its purpose, it was revealed Monday.

In the letter dated Oct. 5, Cardinal Timothy Dolan and the other prelates allegedly addressed the Pope with the aim of alerting him to concerns that new procedures imposed on this year’s gathering, in contrast to previous synods, could hinder the participants in their responsibilities.

The names of the thirteen prelates, along with the content of the letter, were published Oct. 12 by Sandro Magister. However, representatives of at least two of the prelates listed, Cardinal André Vingt-Trois and Cardinal Angelo Scola, have denied that the cardinals signed the document.

At an Oct. 12 press conference, Vatican spokesman Fr. Federico Lombardi said he had “nothing to confirm about the document, as it was a confidential one.”

Offered in a “spirit of fidelity,” the letter addresses the drafting of the final document to be submitted to the Holy Father at the conclusion of the synod, and the disproportionate degree of attention given to doctrinal and theological debates which take away the need to reinforce the dignity of marriage and family.

As a result of these procedural changes, there is “concern that the new procedures are not true to the traditional spirit and purpose of a synod,” the letter reads.

“It is unclear why these procedural changes are necessary. A number of fathers feel the new process seems designed to facilitate predetermined results on important disputed questions.”

One of the primary tasks of the synod fathers is to create the final document based in part on the Instrumentum Laboris (the “preparatory document”), parts of which the letter says require “substantial reflection and reworking.” 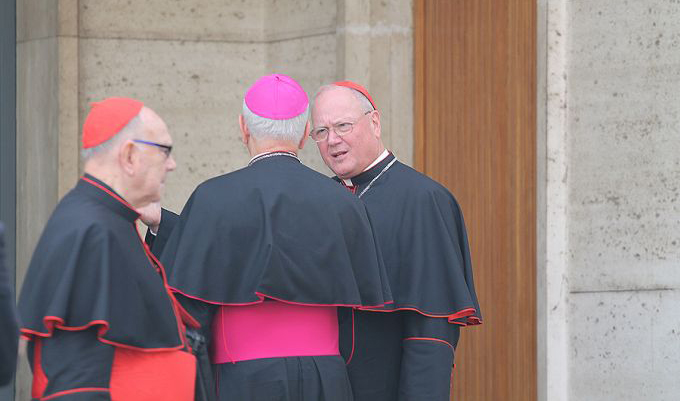 “The new procedures guiding the synod seem to guarantee it excessive influence on the synod’s deliberations and on the final synodal document.”

The letter highlights the way in which these procedures inhibit the production of the final document, as opposed to previous synods.

“In the past, the process of offering propositions and voting on them served the valuable purpose of taking the measure of the synod fathers’ minds,” the letter reads.

“The absence of propositions and their related discussions and voting seems to discourage open debate and to confine discussion to small groups; thus it seems urgent to us that the crafting of propositions to be voted on by the entire synod should be restored.”

It also expresses concern that vote on the final document will come too late in the process to allow for “full review and serious adjustment of the text.”

“The new synodal procedures will be seen in some quarters as lacking openness and genuine collegiality,” the letter reads.

The letter also cites the the manner in which the drafting committee of the final document has been organized, saying members are appointed rather than elected.

“The lack of input by the synod fathers in the composition of the drafting committee has created considerable unease,” the letter adds.

“Members have been appointed, not elected, without consultation. Likewise, anyone drafting anything at the level of the small circles should be elected, not appointed.”

The letter also cites concern that excess attention given to doctrinal and theological debates over Communion for the divorced and remarried could compromise the task at hand – examining the pastoral care of the family – in a way that could have wider repercussions for the Church’s mission.

“Various fathers have expressed concern that a synod designed to address a vital pastoral matter – reinforcing the dignity of marriage and family – may become dominated by the theological/doctrinal issue of Communion for the divorced and civilly remarried.”

“If so, this will inevitably raise even more fundamental issues about how the Church, going forward, should interpret and apply the Word of God, her doctrines and her disciplines to changes in culture.”

The signatories warned that the Church should take heed from the fate of other denominations which abandonment core Christian beliefs in the name of pastoral care.

“The collapse of liberal Protestant churches in the modern era, accelerated by their abandonment of key elements of Christian belief and practice in the name of pastoral adaptation, warrants great caution in our own synodal discussions.”

This year’s Synod on the Family, which runs from Oct. 4-25, is the second and larger of two such gatherings to take place in the course of a year. Like its 2014 precursor, the focus of the 2015 Synod of Bishops will be the family, this time with the theme: “The vocation and mission of the family in the Church and the modern world.”

Updated at 10:55 a.m, MST Oct. 12, 2015: Two additional cardinals have said they did not sign the letter: Péter Erdõ, archbishop of Esztergom-Budapest, Hungary, and Mauro Piacenza of Genoa, Penitentiary Major at the Vatican.

“A spokesperson for Cardinal Pell said that there is strong agreement in the Synod on most points but obviously there is some disagreement because minority elements want to change the Church’s teachings on the proper dispositions necessary for the reception of Communion.

Obviously there is no possibility of change on this doctrine.

A private letter should remain private but it seems that there are errors in both the content and the list of signatories.

The Cardinal is aware that concerns remain among many of the Synod Fathers about the composition of the drafting committee of the final relatio and about the process by which it will be presented to the Synod fathers and voted upon.”

Speaking with Mary Shovlain on the Catholic Channel’s Vatican Report, Cardinal Dolan said that he had signed a letter to Pope Francis, but noted that the wording and signatories did not match those of the leaked document.

He said that the letter – which was in Italian, not English – was born from the discussion of a number of bishops, including Cardinal George Pell, prefect of the Vatican’s Secretariat for the Economy.

Cardinal Dolan described the letter as responding to Pope Francis’ call for honesty and openness, and said that it summarized the concerns of some of the bishops. He said that the Pope addressed the concerns without directly mentioning the letter and added that he was grateful to the Holy Father for responding.