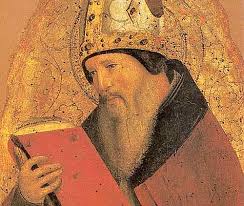 If you ever feel like you can’t seem to many any progress in the spiritual life; if you feel like doubt in your faith and in God are stronger than truth at times; if you feel like sin dominates your life and there’s no hope, then listen to what St. Augustine wrote in his book The Confessions.

O Hope from my youth,
where wast thou to me
and where hadst thou gone away?
For hadst thou not created me
and differentiated me from the
beasts of the field and the birds of
the air, making me wiser than they?

And yet I was wandering about in a
dark and slippery way, seeking thee
outside myself and thus not finding
the God of my heart.  I had gone down
into the depths of the sea and had
lost faith,
and had despaired of ever
finding the truth.

One only knows what he means if they themselves have been in the same place.  It’s an experiential knowledge that comes through suffering. Maybe you have been where he was.  Maybe you are.  Maybe you will.  But remember this.  That was only one point along the remarkable timeline that was his life. Listen to what he went on to become after being baptized and ordained a bishop. 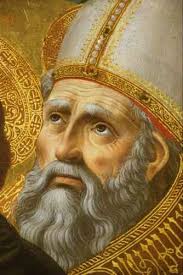 The great St. Augustine’s life is unfolded to us in documents of unrivaled richness, and of no great character of ancient times have we information comparable to that contained in the Confessions. (NewAdvent.com)

St. Augustine was early recognized as the first of the Western Fathers.  There are only four.

St. Augustine of Hippo (354-430) is “a philosophical and theological genius of the first order, dominating, like a pyramid, antiquity and the succeeding ages. Compared with the great philosophers of past centuries and modern times, he is the equal of them all; among theologians he is undeniably the first, and such has been his influence that none of the Fathers, Scholastics, or Reformers has surpassed it.” (Philip Schaff, History of the Christian Church)(NewAdvent.com)

He is the first and only to be named a Doctor of Grace; but he is also officially named the Doctor of the Church. 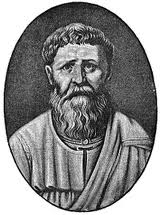 And there was a time when he said, “I had gone down into the depths of the sea and had lost faith, and had despaired of ever finding the truth.”

Take hope.  St. Augustine, whose feast we celebrate today, shows us there’s plenty of it to go around. 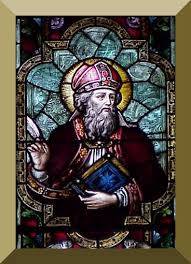