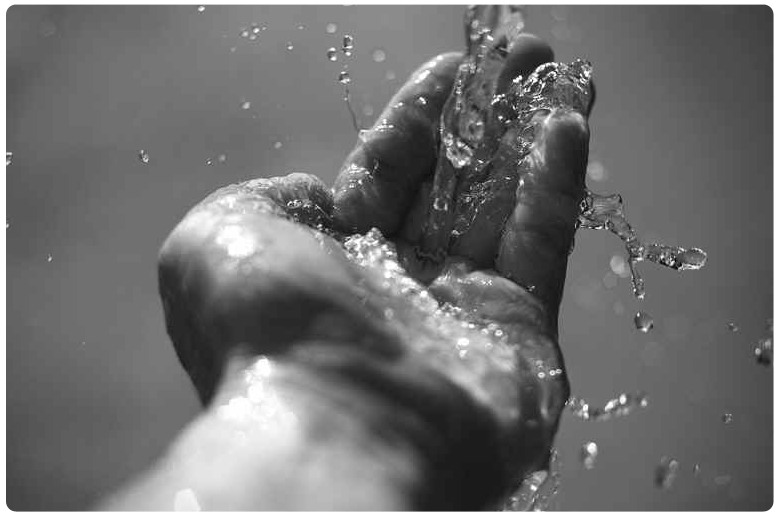 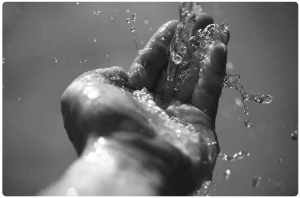 A Pharisee, after hearing Jesus preach, invited him to dinner, no doubt, because he wanted to hear more from this extraordinary man who spoke the word of God as no one else had done before. It was not unusual for a rabbi to give a teaching over dinner. Jesus, however, did something which offended his host. He did not perform the ceremonial washing of hands before beginning the meal. Did Jesus forget or was he deliberately performing a sign to reveal something to his host? Jesus turned the table on his host by chiding him for uncleanness of heart, clean hands but a sullied mind and heart? Jesus chided the Pharisees for harboring evil thoughts that make us unclean spiritually – such as greed, pride, bitterness, envy, arrogance, and the like. Why does he urge them, and us, to give alms? When we give freely and generously to those in need we express love, compassion, kindness, and mercy. And if the heart is full of love and compassion, then there is no room for envy, greed, bitterness, and the like.  St. Teresa of Avila knew this well.
(Adapted from Don Schwager) 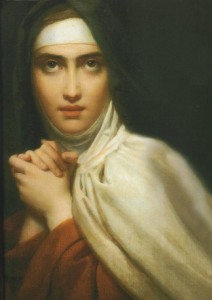 Also of interest may be a reflection from Jan Schnack on the same day’s readings:
Today’s readings took me to a recent dialogue between Pope Francis and La Repubblica’s founder, Eugenio Scalfari.  La Repubblica is the largest circulation Italian daily general-interest newspaper.  I have reprinted some questions I felt were relevant for today’s readings:
Eugenio Scalfari:  However, as we said, Jesus told us that love for one’s neighbor is equal to what we have for ourselves.  So what many call narcissism is recognized as valid, positive, to the same extent as the other.  We’ve talked a lot about this aspect.
Pope Francis: “I don’t like the word narcissism”, the Pope said, “it indicates an excessive love for oneself and this is not good, it can produce serious damage not only to the soul of those affected but also in relationship with others, with the society in which one lives.  The real trouble is that those most affected by this – which is actually a kind of mental disorder – are people who have a lot of power.  Often bosses are narcissists”.
Eugenio Scalfari:   Many church leaders have been.
Pope Francis:  “You know what I think about this?  Heads of the Church have often been narcissists, flattered and thrilled by their courtiers.  The court is the leprosy of the papacy.”
Eugenio Scalfari:  The leprosy of the papacy, those were his exact words.  But what is the court?  Perhaps he is alluding to the curia?
Pope Francis:  “No, there are sometimes courtiers in the curia, but the curia as a whole is another thing.  It is what in an army is called the quartermaster’s office, it manages the services that serve the Holy See.  But it has one defect: it is Vatican-centric.  It sees and looks after the interests of the Vatican, which are still, for the most part, temporal interests.  This Vatican-centric view neglects the world around us.  I do not share this view and I’ll do everything I can to change it.  The Church is or should go back to being a community of God’s people, and priests, pastors and bishops who have the care of souls, are at the service of the people of God.  The Church is this, a word not surprisingly different from the Holy See, which has its own function, important but at the service of the Church.”
As I read this interview, I wondered if many of the Pharisees Jesus continuously chastised suffered from narcissism.  The Pharisees had a defect and had become “Vatican-centric”.  They were more concerned with outside appearances and neglected their insides and the world around them.  I reflected on my own life in light of these readings.  How many times have I been guilty of damaging my soul and my relationships with others?  Our maker knows our outside as well as our inside.  My take away from today’s readings as well as this interview is the importance for humble role models such as Pope Francis and the importance for prayer; prayer to not be ashamed of the Gospel, to not exchange the truth of God for a lie, and to love one’s neighbor.

Here is the link to the entire article: