An Immersion in Prayer and Faith 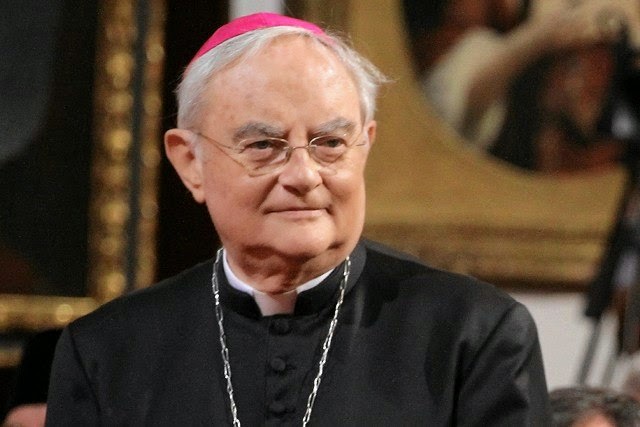 The Story of Medjugorje

In 1981, six children in the small town of Medjugorje in Bosnia-Herzegovina reported seeing apparitions of Our Lady. During the visions, the Blessed Mother called the visionaries to prayer, fasting, and penance.

While some of the visionaries have ceased to receive visions, others still report daily, monthly or annual visits from the Blessed Mother.

The Ruini Commission, appointed by Pope Francis to make a recommendation regarding the authenticity of the apparitions, recommended that the first 7 visions should be approved. Read More About the Vatican Response 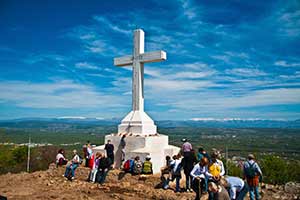 “…this movement will not stop and should not be stopped, because of the good fruit that grows out of it…”
-Archbishop Hoser Papal Envoy to Medjugorje 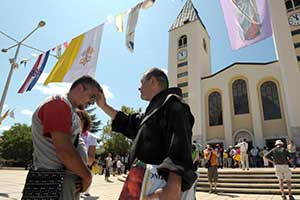 A Time of Intense Prayer and Renewal

Medjugorje pilgrims overwhelmingly report that the journey was life-changing. They return home to partake of daily Mass, frequent confession, and fasting. 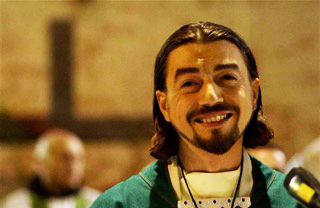 Fr. Zlatko Sudac is a Roman Catholic Priest from the Diocese of Krk, Croatia and the retreat leader at the Bethany Retreat House on the Island of Lošinj. He is a mystic who bears the stigmata on his wrists, feet, and side, as well as a bleeding cross on his forehead, all of which have been verified by Vatican doctors as not being of human origin.

Having grown up in the Croatian town of Vrbnik as an average youth, Fr. Sudac (pronounced Soo-dahts) heard the call to the priesthood in his early 20s when he attended a seminar by Fr. Emile Tardiff. Fr. Sudac was ordained on June 29th, 1998 and was assigned to a parish on the island of Pag. Immersed in the parish life, he found himself very active and busy, but eleven months after his ordination something very unusual happened.

On the 7th of May, 1999, Fr. Sudac received the first mark of the stigmata, in the form of a cross “imprinted” on his forehead. Fr. Sudac’s Bishop sent him to the Gemelli Clinic in Rome, the hospital that treats the Holy Father, where he remained for about 40 days. He was subjected to intense investigation by a team of experts from a variety of medical disciplines and underwent numerous tests and procedures.

The final report from the Gemelli Clinic concluded that Fr. Sudac was of sound mind and that, while the team could not confirm that the cross on Fr. Sudac’s forehead was of Divine origin, it could state that there was no known medical explanation for the formation of that cross.

Today, Fr. Sudac is the retreat leader at Bethany Retreat House on the island of Lošinj. In addition, he has a natural gift for art and creates prints that adorn churches, chapels and private homes. Still a young man, Fr. Sudac places the future of his ministry in the hands of God. He is a priest in good standing with the Church, and he humbly submits to the authority of the Church in all matters related to his gifts and ministry.

Born in a village 2 miles from Medjugorje, Ann’s family emigrated to the United States when she was 2 years old. They returned to their homeland during the summer of 1981 to visit relatives. Shortly after their arrival, a whispered conversation in a coffee shop led them to hurry to Medjugorje, where six children said they had seen the Blessed Mother. Sixteen-year–old Ann was profoundly changed when she witnessed the children during the second apparition.

Ann returned again and again to the town, often alone, to be present during the apparitions. She knew that God had placed her in that particular place, at that particular time, for a reason and she longed to understand what He was calling her to do.

In 1999, Ann recognized that call, and began to lead pilgrimages to Medjugorje and other Catholic sites. She interpreted for the Medjugorje visionaries and priests, and worked extensively with Fr. Zlatko Sudac, Croatian priest and stigmatist, developing a close working relationship with him over the years. She remains dedicated to sharing her faith and testimony through leading pilgrimages and retreats. 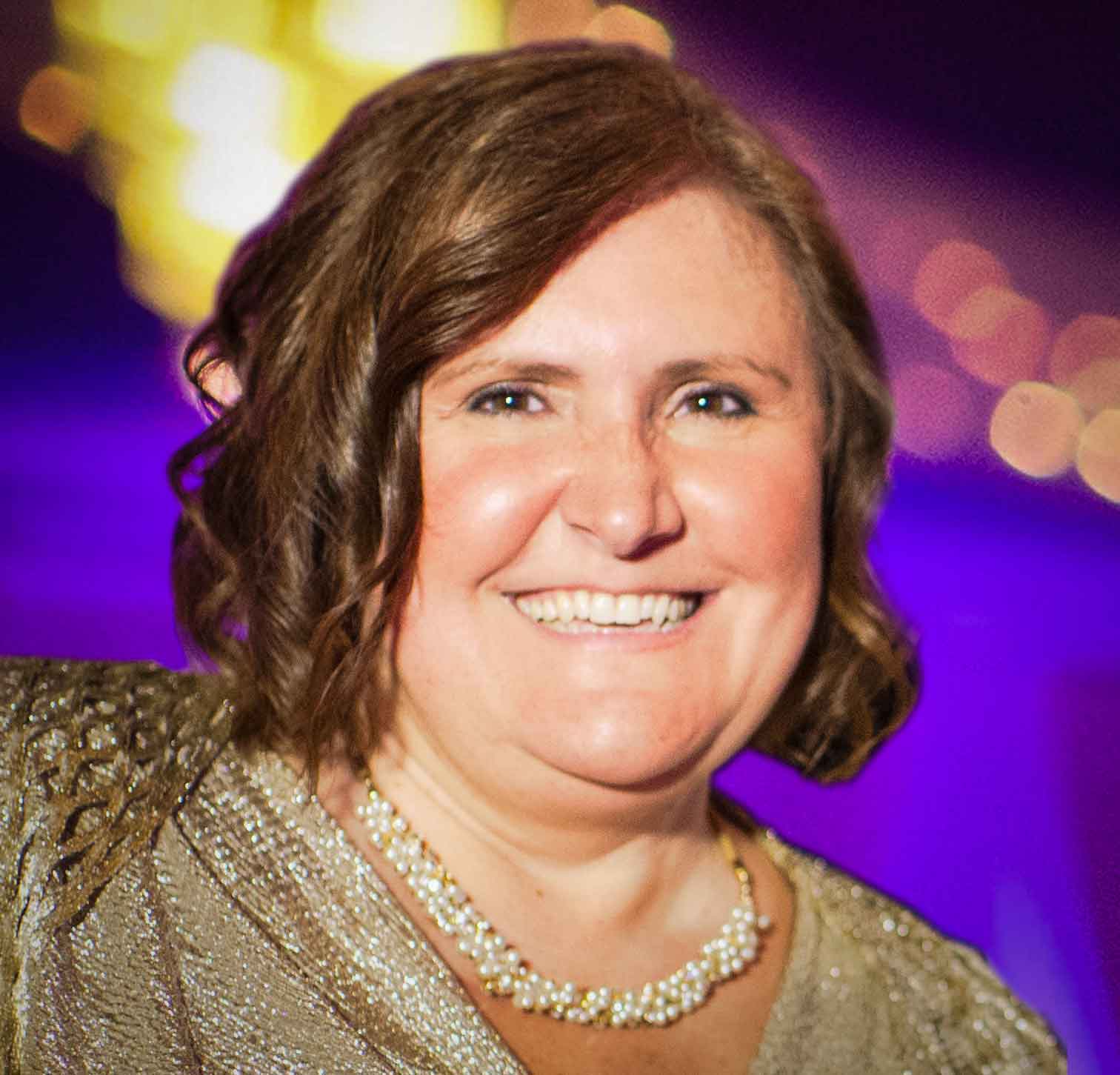 In the Footsteps of Our Blessed Mother

For Information on Upcoming
Pilgrimages, Contact Us!
FREE Medjugorje eBook