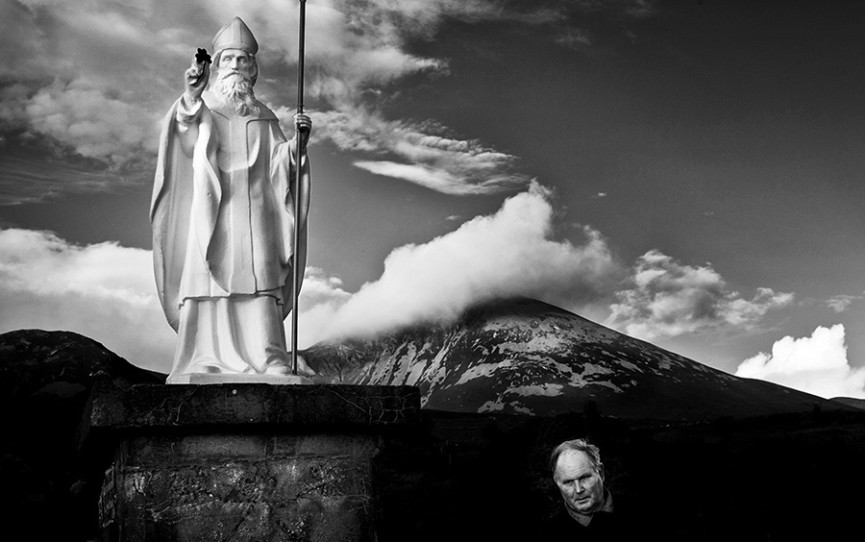 (Catholic Herald) Ireland’s most celebrated annual pilgrimage, the Reek Sunday ascent of Croagh Patrick in County Mayo, was cancelled because of severe weather on Sunday. Local residents could not remember the pilgrimage ever being cancelled. 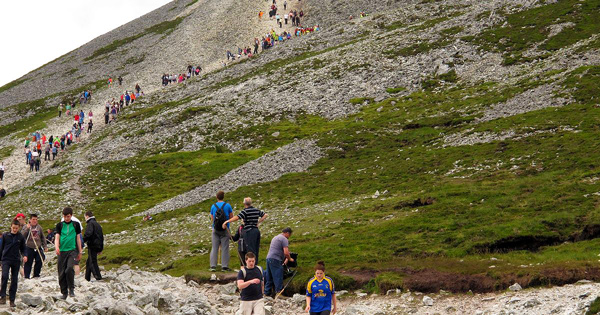 Each year on the last Sunday in July, some 30,000 pilgrims ascend the rocky mountain overlooking Clew Bay in commemoration of the 40 days and nights that Ireland’s patron saint, St Patrick, spent praying and fasting there in 441. Previously, the Reek — a local name for mountain — had been a pagan place of worship.

The official pilgrimage was called off when Fr Charlie McDonnell, Westport parish administrator, was informed in the early hours of the morning that conditions were treacherous. After climbing to the top just before 5am, local resident John Cummins reported to Fr McDonnell that the winds there were so strong that he had to lie prone on the ground for fear of being blown away.

The glass oratory, recently added to the chapel on the summit, was blown away, as were first aid tents pitched by mountain rescue services.

Archbishop Michael Neary of Tuam, who was due to celebrate Mass on the mountain at 7am, held the celebration instead at a church at the base of the mountain. 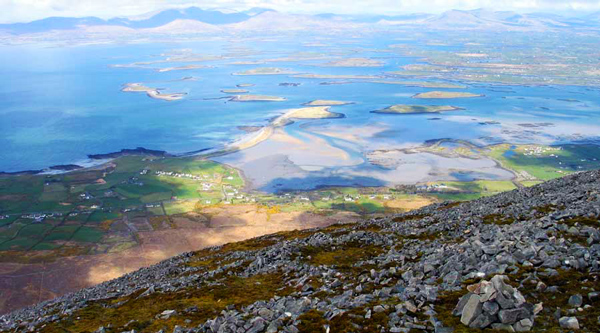 Despite the cancellation, several hundred people made their way to the top, which stands 2,510 feet above sea level. Many of those who made the climb were not dressed for the weather conditions, and some were with young children.

Eleven people needed treatment for hypothermia, including a three-year-old girl.

Mountain Rescue volunteers reported that the number of injuries was significantly lower than previous years because fewer people were on the mountain, and most of those who made the climb were being more careful than normal.