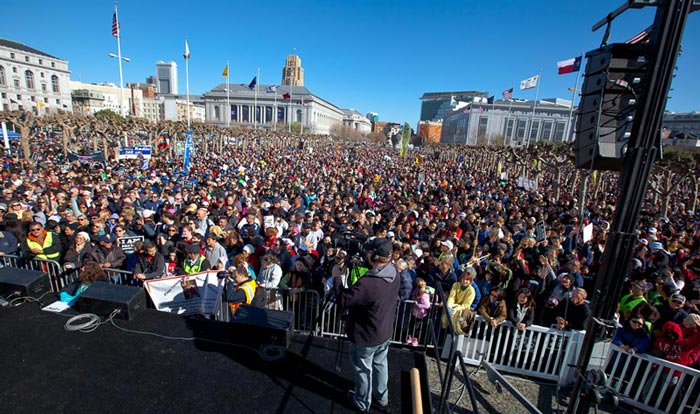 (CNA/EWTN News)  The eleventh annual Walk for Life West Coast broke its own records this year, drawing the largest crowd it has ever seen, as well as more press coverage than in previous years.

“We had by far the largest crowd we have ever had. The plaza was packed – it looked like a football stadium sized crowd,” Eva Muntean, Walk for Life co-founder and organizer, told CNA.

For the past eleven years, Walk for Life West Coast has gathered thousands of people to peacefully march in the name of life. This year, the San Francisco event was held on Jan. 24.

Compared to last year, Muntean believes that the 2015 event was “larger, and as hard as it is to believe, might have even been a bit more lively” than the year before, drawing a crowd of over 55,000 people. 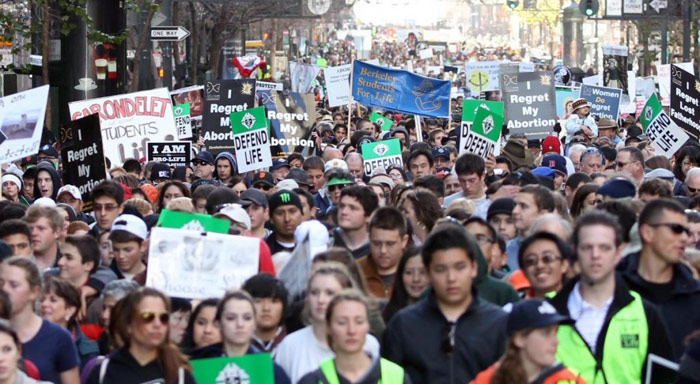 “The youth are out in greater numbers than ever and are quite vocal about their pro-life values,” she went on to say.

Walk for Life West Coast held a rally before marching down Market Street to Justin Herman Plaza. Among the speakers at the rally were EWTN program hosts Jim and Joy Pinto, pro-life speaker Julia Holcomb, and Rev. Clenard Childress, founder of a website designed to reach the African-American community with the truth about abortion.

Muntean particularly highlighted the testimony of Rebekah Buell, who spoke at the rally about her own experience with the RU486 pill reversal procedure.

At eight weeks pregnant, Buell ingested the RU486 pill at an abortion clinic as a means of ending her pregnancy.

“I instantly knew this was a mistake,” she stated in her testimony for the St. Juan Diego Women’s Center in San Jose, California.

“Rebekah’s story needs to be shared far and wide – she used the procedure to rescue her son Zechariah” after taking the abortion pill, Muntean stated, saying that they have already received emails from people across the country who were not aware that this reversal program was available. 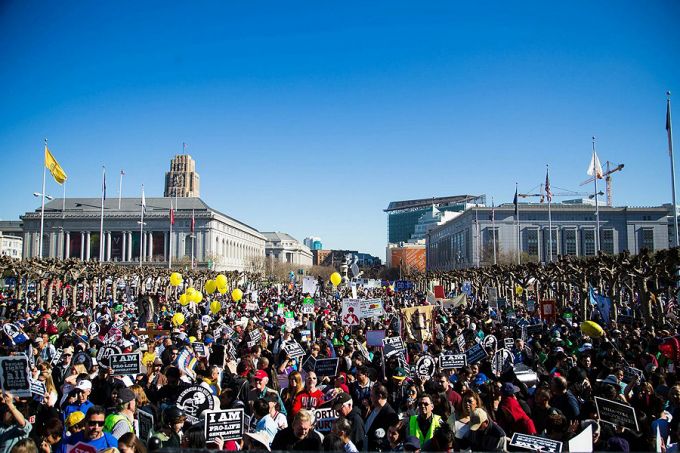 Not only did the Walk for Life West Coast achieve record-breaking crowds, Muntean said, but it also enjoyed unprecedented press coverage.

“This year, our local press did their most thorough job of covering the Walk,” Muntean stated, explaineing that AP, as well as the local ABC, NBC, CBS, and FOX stations all covered the Walk for Life West Coast. She also noted that the online version of the San Francisco Chronicle included a story with more than 20 photos in their slideshow.