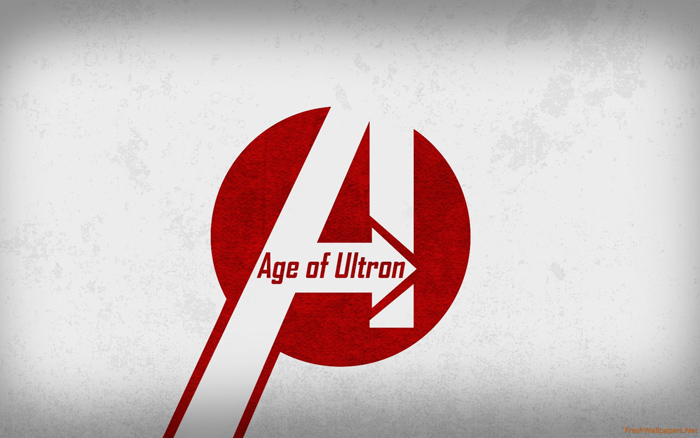 (Word on Fire)C.S. Lewis, J.R.R. Tolkien, and their colleagues in the Inklings wanted to write fiction that would effectively “evangelize the imagination,” accustoming the minds, especially of young people, to the hearing of the Christian Gospel. Accordingly, Tolkien’s Gandalf is a figure of Jesus the prophet and Lewis’s Aslan a representation of Christ as both sacrificial victim and victorious king. Happily, the film versions of both The Lord of the Rings and The Chronicles of Narnia have proven to be wildly popular all over the world. Not so happily, Joss Whedon’s “Avenger” films, the second of which has just appeared, work as a sort of antidote to Tolkien and Lewis, shaping the imaginations of young people so as to receive a distinctly different message. It is certainly relevant to my purpose here to note that Whedon, the auteur behind Buffy the Vampire Slayer, Firefly, and many other well-received films and television programs, is a self-avowed atheist and has, on many occasions, signaled his particular dissatisfaction with the Catholic Church.

I won’t rehearse in too much detail the plot of Avengers: Age of Ultron. Suffice it to say that the world is threatened by an artificial intelligence, by the name of Ultron, who has run amok and incarnated himself in a particularly nasty robotic body. Ultron wants to destroy the human race and has produced an army of robots as his posse. Enter the Avengers—Tony Stark (Iron Man), the Hulk, Black Widow, Captain America, Hawkeye, and Thor—to do battle with the dark forces. There is an awful lot of CGI bumping and banging and blowing things up, but when the rubble settles, we see that the real struggle is over a perfect body—a synthesis of machine and flesh—that Ultron, with the help of brainwashed scientists, is designing for himself. After pursuing the bad guys on a wild ride through the streets of Seoul, the Avengers recover the body, and Thor, using one of the fundamental building blocks of the universe or lightning or something, brings it to life. Exuding light, intelligence, and calmness of spirit, this newly created robot/human/god floats above the ground and announces that his name is “I am.” Just before his climactic battle with Ultron, “I am” declares that order and chaos are two sides of the same coin and that wickedness is never eliminated but keeps coming around in an endless cycle. 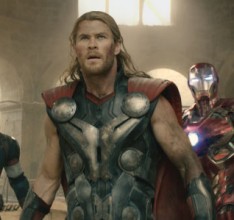 Although some have seen Biblical themes at work in all of this, I see pretty much the opposite, namely, an affirmation of a Nietzschean view of life. Whedon, who was a philosophy student at university, delights in dropping references to the great thinkers in his work, and one of the most cited in “Ultron” is none other than the man I take to be the most influential of the 19th century philosophers, Friedrich Nietzsche. At a key moment in the film, Ultron in fact utters Nietzsche’s most famous one-liner: “what does not kill me makes me stronger,” and the observation made by the newly-created “I am” is a neat expression of Nietzsche’s doctrine of the eternal return of the same. At the heart of the German philosopher’s work is the declaration of the death of God, which signals that all values are relative, that we live in a space “beyond good and evil.” Into that space, Nietzsche contends, the Ubermensch, the superman, should confidently stride. This is a human being who has thrown off the shackles of religion and conventional morality and is able to exercise fully his Wille zur Macht (Will to Power). Asserting this will, the superman defines himself completely on his own terms, effectively becoming a god. Here we see the significant influence of Nietzsche on Sartre and the other existentialists of the twentieth century.

The Avengers is chock-a-block with Ubermenschen, powerful, willful people who assert themselves through technology and the hyper-violence that that technology makes possible. And the most remarkable instance of this technologically informed self-assertion is the creation of the savior figure, who self-identifies with the very words of Yahweh in the book of Exodus. But he is not the Word become flesh; instead, he is the coming together of flesh and robotics, produced by the flexing of the all too human will to power. I find it fascinating that this pseudo-savior was brought about by players on both sides of the divide, by both Iron Man and Ultron. Like Nietzsche’s superman, he is indeed beyond good and evil—which is precisely why he cannot definitively solve the problems that bedevil the human race and can only glumly predict the eternal return of trouble. If you have any doubts about the Nietzschean intention of Joss Whedon, take a good look at the image that plays as The Avengers comes to a close. It is a neo-classical sculpture of all of the major figures in the film locked in struggle, straining against one another. It is in complete conformity with the aesthetic favored by Albert Speer, Leni Riefenstahl, and the other artists of the Nazi period.

What the Christian evangelist can seize upon in this film is the frank assertion that the will to power—even backed up by stunningly sophisticated technology—never finally solves our difficulties, that it, in point of fact, makes things worse. See the Tower of Babel narrative for the details. And this admission teases the mind to consider the possibility that the human predicament can be addressed finally only through the invasion of grace. Once that door is opened, the Gospel can be proclaimed.