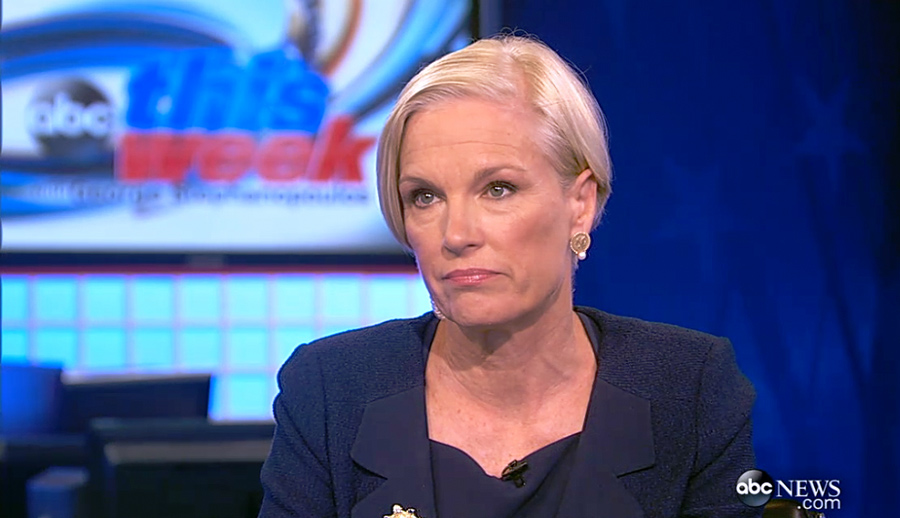 The Pro-Life Moment is Here 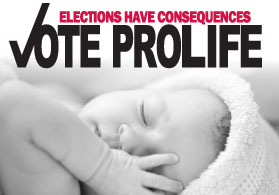 (CWR; John Paul Shimek) The Weekly Standard is reporting that US Congresswoman Diane Black (R-TN-06) has introduced the Defund Planned Parenthood Act of 2015 (H.R. 3134)into the House of Representatives. Some eighty original co-sponsors are supporting the legislative effort, which would have the result of placing “an immediate moratorium on all federal funding of Planned Parenthood for the span of one year while Congress conducts a full investigation into the organization’s activities,” according to an official press release. One Democratic Congressman, Daniel Lipinski (D-IL-03), is among the co-sponsors.

On the other side of the U.S. Capitol building, “Twelve Senate Republicans have called for a ‘full investigation’ of Planned Parenthood Federation of America,” according to the Washington Times, one of D.C.’s leading conservative newspapers. Among the US Senators are several Republican presidential candidates, including Ted Cruz (TX), Rand Paul (KY), and Marco Rubio (FL).

Authorities at the state level, including New Jersey’s Governor Chris Christie, have echoed these calls for a full-scale investigation. Christie even vowed to permanently defund the abortion rights group altogether. And, earlier this month, Louisiana Governor Bobby Jindal directed his Secretary of Health and Hospitals, Kathy H. Kliebert, to launch an investigation of Planned Parenthood in his home state, according to LifeNews.com. Kliebert submitted questions to the abortions rights group in writing on July 15.

Undercover videos produced by the Center for Medical Progress (CMP) have prompted these state and federal demands for an investigation and the repeated calls to defund the organization. The videos are part of a campaign against Planned Parenthood entitled “Human Capital”. So far, two videos have emerged over the course of the last two weeks and additional videos are anticipated soon. The undercover footage raises questions about whether the organization founded by noted eugenicist Margaret Sanger has been involved in the sale of the remains of aborted babies. 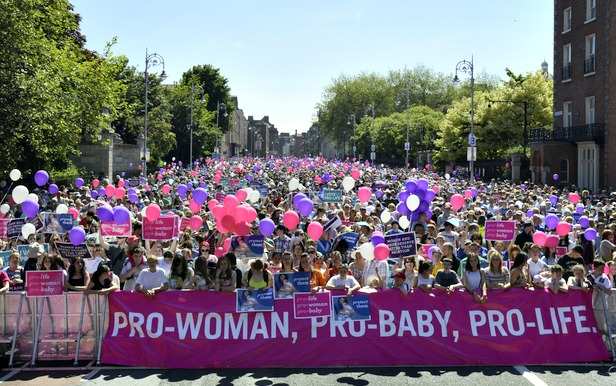 On the evening of Wednesday, July 23, CMP’s David Daleiden appeared on Fox News’ Sean Hannity show. In the course of the six minute interview, Daleiden revealed that “Of the really, really shocking, compelling stuff, we’ve probably got dozens upon dozens of hours. And that will continue to be released in the days and months to come.” When the show’s host, Sean Hannity, asked Daleiden whether “we’re going to see tape after tape after tape as bad as the two that we’ve already seen or worse,” he responded by saying, “Exactly. Even worse.”

The release of the project’s videos is certainly well-timed. At a moment in American politics when liberals have been demanding the expansion of human rights for immigrants and LGBT couples, these videos reveal Planned Parenthood’s refusal to accord even the smallest degree of dignity to the most vulnerable members of society.

Former Bush speechwriter (2001-2006) and current Washington Post columnist, Michael Gerson, writes, “All our best instincts push toward expanding the circle of inclusion and protection. … But how does abortion — particularly late-term abortion — square with this trend in liberal societies? Many progressives paper over this tension by denying any value to a fetus until it emerges from the birth canal. But this is both medically and morally implausible.” 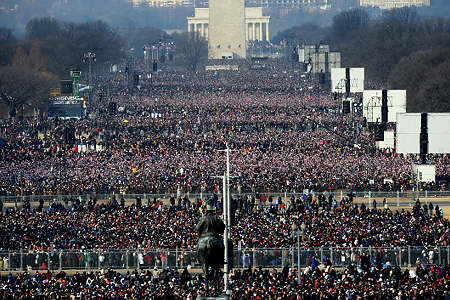 Writing for the Washington Post, Charles Krauthammer, a Pulitzer Prize-winning Harvard educated physician whom President Carter made his director of psychiatric research, wrote, “Of all the major social issues, abortion is the only one that has not moved toward increasing liberalization. While the legalization of drugs, the redefinition of marriage and other assertions of individual autonomy have advanced, some with astonishing rapidity, abortion attitudes have remained largely static.”

Their claims echo the results of a poll published last January. Between January 7 and 13, the Knights of Columbus sponsored a Marist poll of 2,079 adults. The poll found that sixty percent of Americans believe abortion is immoral and that only nine percent believe a woman should be allowed to obtain an abortion at any time during her pregnancy. Sixty-nine percent of abortion supporters said the procedure should be permitted only during the first trimester or in instances of rape/incest or to save the life of the mother. Eighty-four percent of poll respondents supported significant restrictions on abortion, limiting its performance to the first trimester. And, sixty-eight percent said they opposed taxpayer funding of abortion while a minority of twenty-eight percent said they supported such funding.

Krauthammer conjectures that, as CMP continues to roll out the findings of its Human Capital project, “these revelations will have an effect on public perceptions.” He adds that, “Just as ultrasound altered feelings about abortion by showing the image, the movement, the vibrant living-ness of the developing infant in utero, so too, I suspect, will these Planned Parenthood revelations, by throwing open the door to the backroom of the clinic where that being is destroyed.” And, he insists that the “role of democratic politics is to turn such moral sensibilities into law. This is a moment to press relentlessly for a national ban on late-term abortions.”

Shortly after the release of the two CMP videos, Wisconsin Governor Scott Walker signed into law a ban on non-emergency late-term abortions. The measure places the Republican presidential hopeful in dramatic contrast to groups such as Planned Parenthood and Democratic candidates for president. Former Secretary of State Hillary Clinton called the ban “dangerous,” “extreme,” and “unacceptable”.

Ben Johnson explains that “The measure would disallow abortions after 20 weeks except to save the mother’s life or if she would suffer major, irreparable physical harm within the next 24 hours.” According to Governor Walker, twenty weeks marks a “reasonable standard” because “At five months, … [the] unborn child can feel pain.” Wisconsin’s forty-fifth governor further contends, “For people, regardless of where they might stand, when an unborn child can feel pain, I think most people feel it’s appropriate to protect that child.”

Johnson explains that abortions performed after twenty weeks of pregnancy “would be classified as felonies carrying a maximum sentence of three-and-a-half years in prison and a $10,000 fine.” And, additionally, “The parents of children aborted after that point [could] also sue abortionists for damages under the terms of law.” With the signing of the bill, “Wisconsin becomes the 15th state to ban abortions at 20 weeks – which is just a couple weeks before unborn babies are viable and can survive outside the womb,” according to Steven Ertelt of LifeNews.com.

Governor Walker signed the Wisconsin state ban after the US House of Representatives voted 242-184 to approve a similar bill last spring, according to LifeNews.com. The federal Pain Capable Unborn Child Protection Act (H.R. 36) met with approval and disapproval on both sides of the political aisle. Four Democratic representatives – Cuellar, Langevin, Lipinski, and Peterson – voted for the bill; but, five Republican representatives – Dent, Dold, Hanna, and Frelinghuysen – voted against it. Now, that bill will go before the US Senate after legislators return from their summer recess in August, according to the Washington Examiner.

Currently, late-term abortions account for fewer than two percent of all abortions performed in Australia, Canada, England and Wales, New Zealand, Norway, Scotland, and Sweden. While several nations have outlawed the practice, only the United States, Canada, China, and North Korea permit abortions at all points of a pregnancy without any restrictions.

Opposition to state and federal restrictions on late-term abortions, commits Planned Parenthood and its allies to supporting an abortions rights agenda that puts the US in league with countries like China and North Korea. The Center for Medical Progress has unmasked the callousness with which Planned Parenthood endorses that agenda. In effect, the Human Capital project has catapulted the pro-life movement into a perfect storm of public opinion and pro-life legislation.

Now is the pro-life moment.