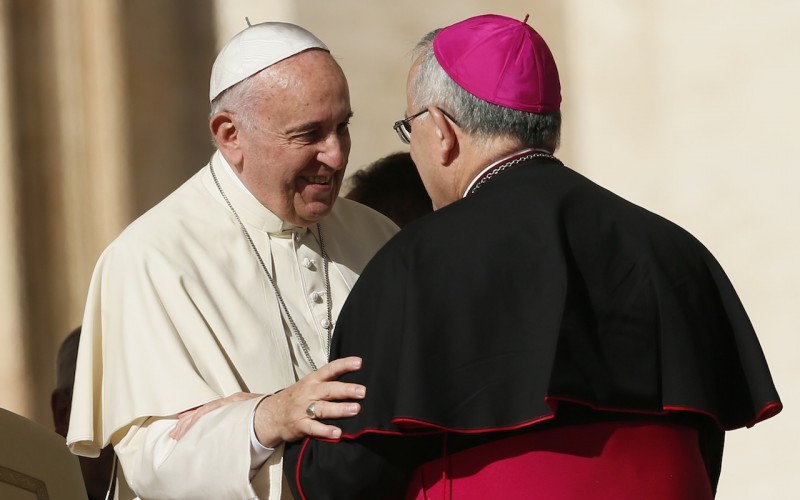 (Catholic Herald) More than 1.5 million people are expected for the Mass with Pope Francis in Philadelphia this September, said organizers of the next World Meeting of Families.

A high-level delegation from Philadelphia, led by Archbishop Charles J Chaput, was in Rome as of Monday to meet Vatican officials, review some of the planning and promote the week-long congress.

At a Vatican press conference Archbishop Chaput said the highlight for the delegation was meeting the Pope after the general audience in St Peter’s Square. During their brief exchange, the Pope noted that the World Meeting of Families was only three months away, the archbishop said, holding up three fingers in imitation of the Pope’s gesture.

As of June 15, about 12,000 people were registered for the September 22-25 congress, which will feature dozens of speakers on an array of issues affecting family life, Archbishop Chaput said. Held every three years in a different city, this year’s theme is “Love is Our Mission: The Family Fully Alive.” 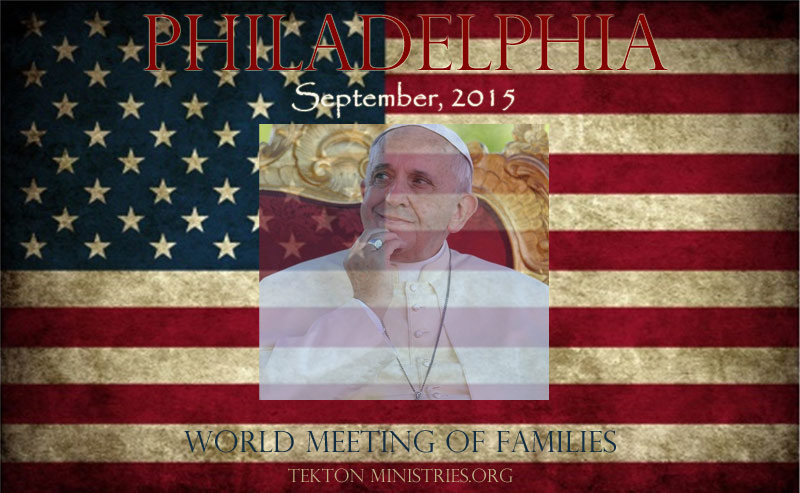 However, the number of participants is expected to balloon in September 26-27, when Pope Francis is expected to be in Philadelphia, after his stops in Washington and New York, on his first apostolic journey to the United States.

Archbishop Chaput underlined that the 2015 World Meeting of Families, which is the first hosted in the United States, is the reason for the Pope’s journey to the nation.

Besides the papal Mass on September 27, which will close the World Meeting of Families, the Pope is also expected to be at the Festival of Families on September 26. Organizers are expecting about 750,000 people for the festival, held on the Benjamin Franklin Parkway; it will include performances by Italian tenor Andrea Bocelli, Colombian pop star Juanes and the Philadelphia Orchestra.

Archbishop Chaput said organizers expect 15,000 registered participants by the start of the congress, he said. Among those registered, about 11,000 are adults; about another 1,200 were registered for the “youth congress”, organised for ages six to 17, he said. To date, the most represented countries among participants, besides the US, include Canada, Vietnam, Dominican Republic and Nigeria.

Auxiliary Bishop John McIntyre of Philadelphia, told reporters about the variety of themes – both theological and practical – that will be covered by congress speakers, including talks that will address new technologies, ecology, fertility and dealing with marriage breakups. 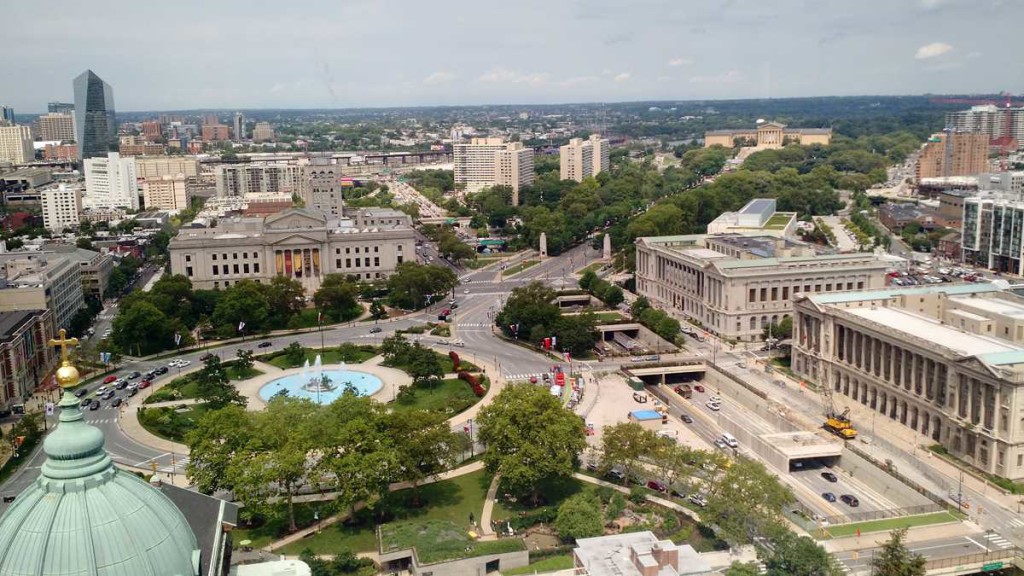 Pope Francis will offer a closing Mass for the World Meetings of Families on the Benjamin Franklin Parkway in Philadelphia. Over 1.5 million Catholic pilgrims are expected.

Some of the speakers listed include Cardinal Luis Antonio Tagle of Manila, Cardinal Sean O’Malley of Boston and Cardinal Robert Sarah, prefect of the Congregation for Divine Worship and the Sacraments. Fr Robert Barron and Scott Hahn, as well as Reverend Rick Warren and Rabbi Abraham Skorka, are slated among the speakers.

Underlining the ecumenical and interfaith element of the meeting, Archbishop Chaput said 30 per cent of the speakers would be non-Catholic.

In response to a reporter’s question, Bishop McIntyre said one session was planned on families with homosexual members; a man with same-sex attraction will speak and so will his mother.

Archbishop Chaput added that all people are invited to attend the congress, but it was not organised to “provide a platform” on any particular issue “for people to lobby”.

The archbishop said the “most important thing that can happen” at the congress “is conversion”, so that “families can become a force of change for good”.

The event is operating on a $45 million budget, of which $30 million has already been raised, said Archbishop Chaput. A large portion of the budget was allotted for security and clean-up after the major events, he said.

While thousands of hotel rooms are available in Philadelphia, organizers have also planned a home-stay programme for participants who prefer to stay with local families. The home-stay programme is managed by an organisation called Homestay.com. More than 1,600 people registered to offer home-stay during the World Meeting of Families. Prices start at $1 per night.

Archbishop Vincenzo Paglia, president of the Pontifical Council for the Family, linked the World Meeting of Families with the working document of the Synod of Bishops on the family in October. He described the congress as an “expression of the synodal Church that Pope Francis wants”.

He also said the congress was a “precious opportunity to put families at the centre of the Church and of the world”.

He told reporters that recent research on the family and its importance for society will be presented at the congress.

At the end of the papal Mass, Pope Francis is expected to give families, representing big cities on five continents – Havana; Kinshasa, Democratic Republic of the Congo; Hanoi, Vietnam; Sydney; and Marseille, France – a copy of the Gospel of Luke. Following the World Meeting of Families, one million copies of this Gospel are expected to be distributed in these cities.