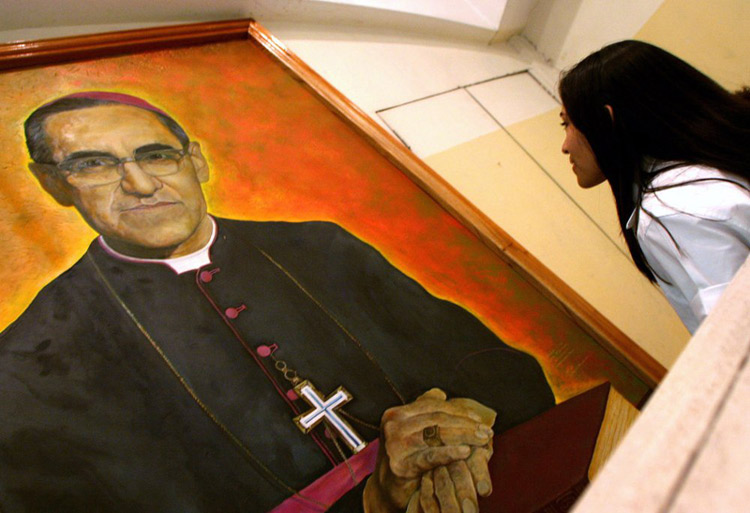 Pope: Romero was a martyr; beatification to come

(CNA/EWTN News) Pope Francis on Tuesday authorized the promulgation of decrees recognizing the martyrdom of Salvadoran archbishop Oscar Romero, paving the way for his beatification, as well as the martyrdom of three priests in Peru.

The decision was the fruit of a Feb. 3 audience between the Pope and Cardinal Angelo Amato, prefect of the Congregation for the Causes of Saints.

The theologians of the congregation for saints had unanimously recognized Archbishop Romero’s 1980 assassination as a martyrdom on Jan. 8.

The Pope’s approval was the last step needed before Archbishop Romero could be beatified.

Oscar Romero y Galdamez was Archbishop of San Salvador from 1977 until March 24, 1980, when he was shot while saying Mass. He was a vocal critic of the human rights abuses of the repressive Salvadoran government, and he spoke out on behalf of the poor and the victims of the government.

No one has been prosecuted for his assassination, but right-wing death squads are suspected.

Archbishop Romero’s cause of canonization was opened in 1993, but was reportedly held up in the 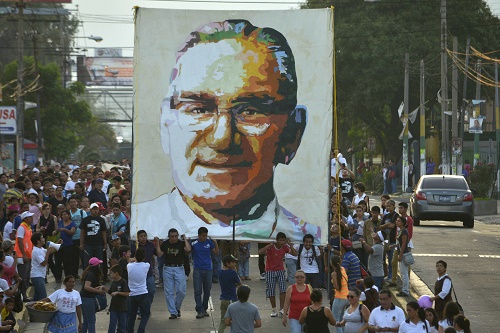 Congregation for the Doctrine of the Faith from 2000 to 2005; as part of the inquiry in a cause of sainthood, the doctrinal dicastery is charged with reviewing the subject’s writings to ensure they are free of error.

Pope Francis also recognized the martyrdoms of Fr. Michal Tomaszek and Fr. Zbigniew Strazalkowski, both of whom were Conventual Fransicans; and of Fr. Alessandro Dordi, an Italian diocesan priest.

All three were martyred in Peru in 1991 by Shining Path, a Maoist guerilla insurgency officially known at the Communist Party of Peru.

The heroic virtues of Fr. Giovanni Bacile, an Italian priest who died in 1941, were also recognized.

Both Pope Francis and Benedict XVI hold Archbishop Romero in high regard.

En route to Brazil on May 9, 2007, Benedict told journalists that the Salvadoran “was certainly an important witness of the faith, a man of great Christian virtue who worked for peace and against the dictatorship, and was assassinated while celebrating Mass. Consequently, his death was truly ‘credible’, a witness of faith.”

During his Jan. 7 General Audience address, Pope Francis quoted Archbishop Romero’s saying that mothers experience a “martyrdom of motherhood,” and went on to quote extensively from one of the archbishop’s homilies, for the funeral of a priest assassinated by death squads.

And while on his flight to South Korea on Aug. 18, 2014, Pope Francis said it is “very important” to “quickly” move forward Archbishop Romero’s cause, adding that “for me Romero is a man of God, but the process has to be followed, and the Lord too has to give his sign… If he wants to do it, he will do it.”