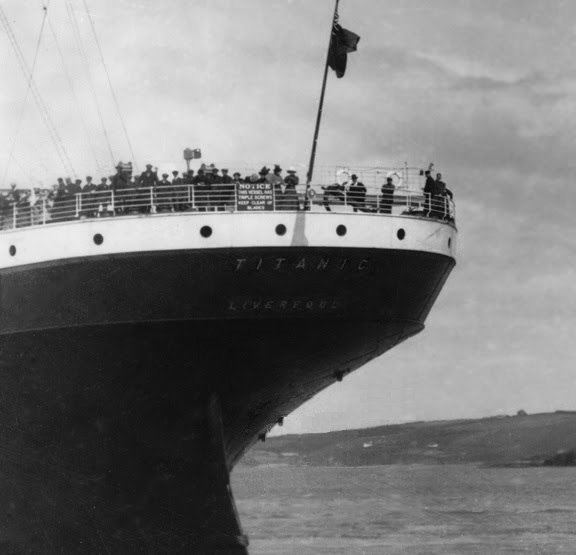 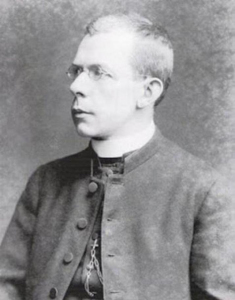 (The Catholic Herald) Several years ago I used to take Holy Communion to a retired ship’s radio officer who had first gone to sea in 1918. I asked him why he had chosen that particular profession. His answer was immediate: “It was the Titanic – I remember it so well. The Marconi operators remained at their post until the end, and I was inspired by their heroism.” Although by then aged 97, my parishioner spoke about the Titanic as if its sinking had happened just a few years ago. This year, as the centenary is kept of the “unsinkable” liner’s collision with an iceberg in the Atlantic, and as we remember and pray for its 1,500 or more victims, there is another hero of the Titanic who merits our attention: a parish priest from Essex who went down with the ship and whose selfless actions were recalled by some of the survivors of the disaster.

Roussel Davids Byles (he took the name “Thomas” only upon his conversion to Catholicism) was born in Leeds in 1870, the grandson of the founder of The Yorkshire Observer, son of the city’s leading Congregationalist minister and the nephew of a Liberal MP. He was educated at Rossall School, Lancashire, and in 1889 went up to Balliol College, Oxford. Having decided to embrace Anglicanism, rather than the Nonconformity of his childhood, he read Theology with the intention of taking Holy Orders. But in 1892 his younger brother William became a Catholic, an event that greatly influenced his own reception on the feast of Corpus Christi, May 24 1894 (hence the adoption of the name Thomas after St Thomas Aquinas). When he took his examinations in Theology he did so as a Catholic – probably becoming the first to do so at Oxford under Anglican examiners.

He then acted as a tutor to a German prince, returning to Yorkshire in 1895 and offering himself to Cardinal Vaughan of Westminster as a student for the priesthood. He was sent to Oscott College, but his health failed. For the next three years he taught at St Edmund’s College, Ware. In 1899 he entered the Beda College in Rome and was ordained as a priest in 1902.

Fr Byles was among the founders of the Catholic Missionary Society, with which he worked from 1903 to 1904. His health broke down again and after a temporary appointment at Barnoldswick, Yorkshire, in December 1904 he took charge of the Catholic mission at Kelvedon in Essex. The following June he was appointed to another small rural parish in Essex, that of St Helen, Ongar. It was from Ongar that Fr Byles left to board the Titanic at Southampton to travel as a second-class passenger on its maiden voyage to New York. His ticket cost £13. He had been asked to officiate at the wedding of his brother William at St Augustine’s Catholic Church, Brooklyn. There were two other Catholic priests on board: Fr Joseph Peruschitz, a Benedictine from Bavaria, and Fr Jouzas Montvilla from Lithuania.

The Titanic sailed from Southampton on Wednesday April 10 1912 and called at Cherbourg and Cobh (then Queenstown), leaving the latter port at 1.30 pm on April 11. April 14 was Low Sunday and Fr Byles celebrated Mass for the second-class and third-class passengers. His sermon was prophetic, for he took as his theme the necessity of having “a lifeboat in the shape of religious consolation at hand in case of spiritual shipwreck”. When at 11.40 pm on that same day the Titanic struck an iceberg 375 miles south of Newfoundland, Fr Byles was on the boat deck reciting the Divine Office. Agnes McCoy, a passenger who was waiting to board a lifeboat, told the New York Sun that earlier that day Fr Byles, in the company of Fr Peruschitz, had spoken to her in the steerage section of the vessel. But she did not see him again until she was led on deck. At that stage Fr Byles was still saying his prayers and seemed not to be paying attention to what was happening, thinking like the rest of the passengers that there was no real danger. When he realised that this was not the case, he went to assist the women and children on to the lifeboats. Indeed, he is known to have helped steerage passengers to the boat deck. 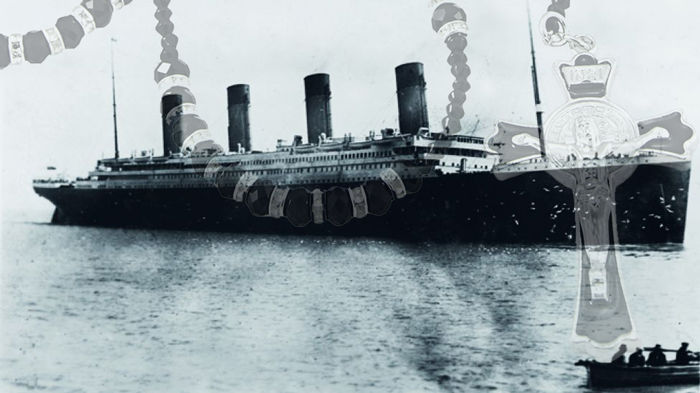 The Tablet carried extracts from the New York Evening World in which survivors told of how Fr Byles had been foremost in “keeping the religious aspect of the terrible occasion to the fore”, by leading the recitation of the rosary as he guided passengers to the lifeboats and refusing to board a lifeboat when urged to do so by a crew member. Geoffrey Marcus, in his account of the disaster, described how some of the first-class passengers continued to play cards in the midst of the chaos. He wrote: “The poor Irish boys and girls from the steerage were more profitably occupied. They were down on their knees and praying… On deck they found an English priest, Fr Byles, moving to and fro among the passengers hearing Confessions and giving absolution.” Fr Persuchitz was with him. Fr Byles urged people to meet God and about 100 people (of all religions) knelt round him on the aft section of the boat deck praying the rosary, and this they were doing as the waters engulfed them in the early hours of April 15.

Agnes McCoy recalled how, when eventually she was taken aboard the rescue vessel Carpathia, she had met an English boy who was the sole survivor from his family and who told her how he had been on deck with the steerage passengers until the ship went down.

He described how Fr Byles and Fr Peruschitz had stayed with the people after the departure of the final lifeboat and that the two priests were still standing there praying as the Titanic went down. But the boy did not see them in the sea. Indeed, as the last lifeboat made its way from the sinking ship, those on board heard Fr Byles’s voice, together with the responses of those kneeling around him. At first it was not known if he had survived, but when the last of the survivors had been landed by the Carpathia it became evident that Fr Byles had perished. William Byles and his bride, Katherine Russell, celebrated a quiet wedding, changing into mourning clothes immediately afterwards. They travelled to London, where they met Winston Churchill, then president of the Board of Trade. In Rome they had an audience with Pope Pius X, who described Fr Byles as having been “a martyr for the Church”.

A Memorial Requiem Mass was celebrated in Westminster Cathedral. But it was in the tiny Catholic church of St Helen that the most moving tributes were paid to a much-loved and much -mourned parish priest. In due course a stained-glass window was placed in the church as a memorial to Fr Byles. It is still to be seen and depicts Christ the Good Shepherd, St Thomas Aquinas (Fr Byles’s patron) and St Patrick (in memory of the many Irish people who perished and to whom Fr Byles had ministered in their last moments).

Fr. Stewart Foster is a parish priest in Essex