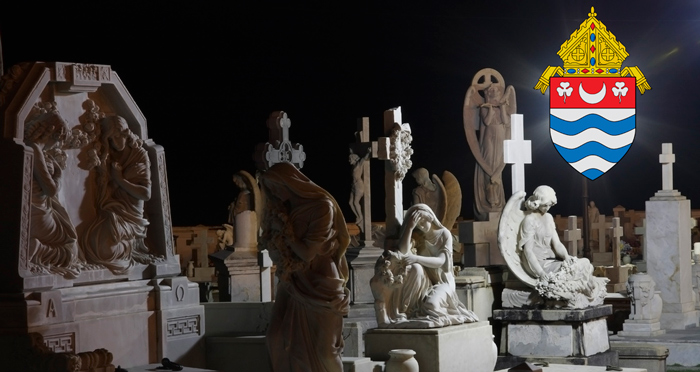 (CNA/EWTN News, By Kevin J. Jones).- A New Jersey law crafted to ban the Archdiocese of Newark from selling cemetery headstones might not pass muster under judicial review, according to a constitutional law expert.

Matthew Franck said the law “may well be violating the freedom of religion” guaranteed by the U.S. Constitution because it “singles out religious organizations for disfavored treatment.”

Franck directs the Simon Center on Religion and the Constitution at the Princeton, N.J.-based Witherspoon Institute. He characterized the law as “a direct assault on the freedom of churches to offer services to the bereaved in their own congregations.”

In a March 16 article at the news site NJ.com, Mark Mueller wrote that “the measure, while applied broadly to all religious institutions, is designed to counter a move by the Archdiocese of Newark in 2013 to enter the headstone business at its Catholic cemeteries.”

The law bars any “religious corporation, association, organization or society” that owns, controls or manages a cemetery from selling memorials, vaults, or mausoleums. Under the law, such religious groups also may not own or manage funeral homes or mortuaries.

The bill was signed into law March 23 by New Jersey governor Chris Christie.

Until 2013, private companies had exclusively sold headstones and family crypts in the state. Their trade association, the Monument Builders of New Jersey, said the tax-exempt Newark archdiocese had an unfair competitive advantage that could drive them out of business. The trade association engaged in a lobbying campaign against the Newark archdiocese’s move into their market.

John Burns, president of the trade association, said the archdiocese’s market share in headstone sales had grown to 36 percent in two years, and that the archdiocese would be selling over half of all headstones within 10 years.

Franck, however, was sceptical. 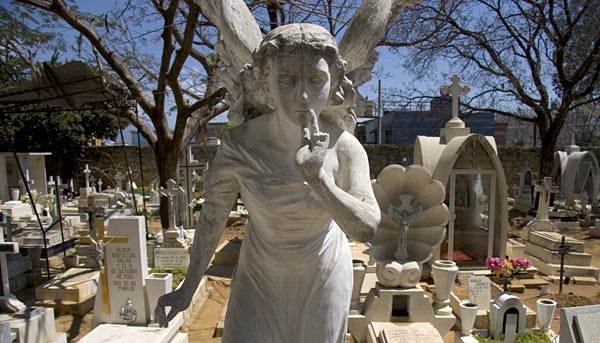 “If the archdiocese owns one or more cemeteries, as it surely does, I cannot see how it can constitutionally be prevented from undertaking to sell headstones, let alone crypts, to the families who bury their loved ones there,” he told CNA.

Franck compared the case to a Louisiana regulation that restricted casket sales to registered morticians. The rule barred Benedictine monks from selling inexpensive caskets to support themselves.

He noted that the Fifth Circuit Court of Appeals struck down the rule because it “lacked any rational basis” and was “sheer protectionism for the Louisiana funeral homes cartel.”

The court wrote that the Louisiana rule puts coffin customers at a greater risk of abuse and “exploitative prices,” striking down the protectionist law as violating the monks’ rights to equal protection and due process.

Robert Destro, a law professor at Catholic University of America’s Columbus School of Law, told CNA he thought the law was “certainly bad public policy,” though he would need further research to answer whether the law violates religious freedom or other constitutional law.

He said there is nothing inconsistent with an organization having a religious status and conducting a business to support its activities.

He told CNA the Church must maintain cemeteries “in perpetuity” and must find new sources of revenue for maintenance. Failure to do so could mean raising the costs of burial or limiting the duration of burials in order to reuse the graves.

Archbishop John Myers of Newark wrote a column in the Star-Ledger in December, remarking that the bill “is a drastic change in the law solely for the financial benefit of the funeral directors and monument builders, at the expense of families. The bill also is extremely negative and anti-consumer, eliminating fair competition, along with removing the religious exemption and independence Catholic Cemeteries currently possess.”

Christie had conditionally vetoed an earlier version of the bill in February, saying he did not want the law to take effect immediately.

Jim Goodness, communications director for the Newark archdiocese, told CNA March 18 the archdiocese is disappointed in the legislature’s action but “thankful, at least, that there is a year’s delay until it is implemented.”