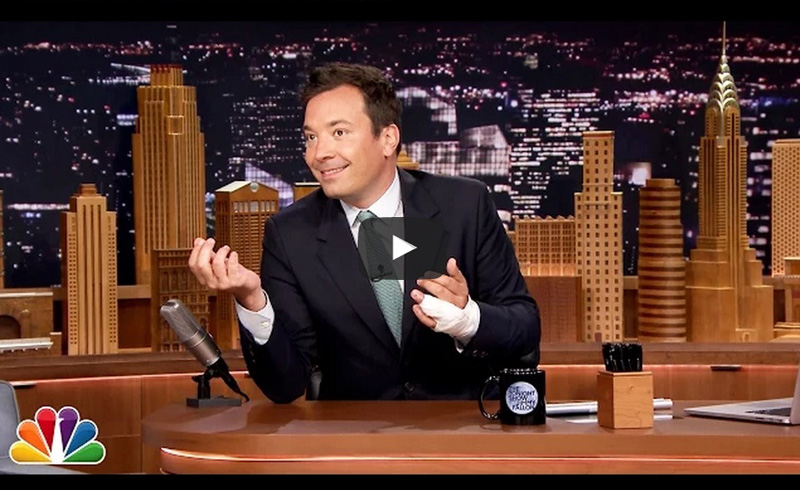 What the Catholic Church can learn from the late-night TV 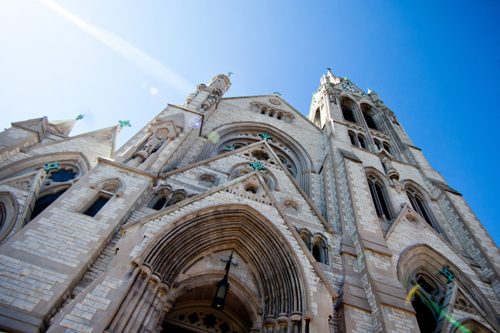 It wasn’t just that it was his last time to sign off as host of Comedy Central’s “fake” news show after more than 16 years. It was that with his final evening as host of The Daily Show, Stewart closed a chapter in post-11 p.m. comedy: Stewart was late-night TV’s last cynic in the modern era.

As funny—and important—as Jon Stewart had become to American political and social discourse, his shtick wasn’t aging particularly well. He was no longer just a young, wise-guy outsider, jokingly pointing out the absurdity of corruption and injustice.

After more than a decade on the air, he’d become a jaded insider (with guests that included some of the most powerful people in the world), who often made his audience less hopeful and more angry. There were times in his final months where he no longer seemed like the funny kid at the back of the class keeping the teachers on their toes; he was now the one with a front row seat to a broken system that he realized he couldn’t fix. He seemed defeated.

One of Stewart’s latest pieces of political criticism was based on “hatewatching” Congressional sessions CSPAN 2–at times literally lowering his head in frustration and randomly shouting bursts of profanity. You could tell he just wasn’t having much fun anymore.

This summer also saw the retirement of another late-night titan known for his sharp edges and biting punchlines. David Letterman, who was the snarky yin to longtime ratings rival Jay Leno’s corny yang, walked away from the CBS’s Late Show desk after more than three decades. Like Stewart, Letterman’s work was important and influential, but he was also getting too jaded for his own good.

Letterman had never been afraid of playfully prodding his guests with jokes that could spark petty feuds, but toward the end, Letterman seemed … annoyed. He lectured Justin Bieber on tattoos. He was visibly disinterested in the Kardashians. He was kind of a jerk to K-Stew.

Letterman had become the mean, grumpy curmudgeon he used to parody.

Before his retirement, Leno, despite his ratings success, had become so culturally irrelevant that even his own network attempted to oust him. Even Conan, once the absurdist goofball who could get away with pretty much whatever he wanted at the 12:30 spot, became a vocally disgruntled causality of an impatient NBC yanking him before he could leave his mark on The Tonight Show. Late-night was in desperate need of a change.

Thankfully, in the place of the old guard, a new kind of host has been emerging. And along with ushering in a new era of TV comedies, they are offering an important lesson to the Church, which is also in desperate need of a change.

When a freak accident caused him to a miss a week’s worth of tapings, his comeback wasn’t just played for laughs. Instead, he reflected on spirituality, hope and how lucky he felt to try and make people happy for a few minutes before bed each night. Instead of irony, Fallon’s goes for authenticity.  Watch:

Though he’d always been a seemingly unlikely defender of faith, on The Colbert Report, Stephen Colbert carefully cultivated a satirical conservative persona, allowing him to dig deep into topics he was passionate about while still keeping his tongue firmly in his cheek. His character offered a sort of shield to let him engage with guests, but still present a never-serious, exaggerated version of a talk show host, instead being vulnerable enough to allow the real person to be a part of the conversation.

But, when he takes over the Late Show this fall, Colbert has promised to drop the character and give viewers the real thing. He’s killing off cynical satire in favor of genuineness.

Though ABC’s Jimmy Kimmel remains the same smart-guy prankster he’s always been, CBS’s newest personality, James Corden (on at 12:30), is a guy so unafraid of intimate moments and vulnerability that his signature segment features him singing while driving alone with one of his guests.

The new style of late-night is doing something totally different than TV has seen before: It has embraced authenticity, forgoing cynicism, while daring to be optimistic.

And this is where late-night comedy can hold a lesson for the Church.

What the Church Can Learn from Fallon
The Internet is an extremely effective amplifier outrage. Its immediacy and inescapable reach make it the perfect medium to unite people’s collective anger. The mainstream Church hasn’t been immune to this. And, unfortunately, instead of changing Internet culture, the Church has too often become a victim of it.

The problem of constant outrage and a posture of cynicism fostered by online discourse may not affect the majority of people in the Church, but it’s given prominence to those who are most vocal—and, many times by default—wield the biggest influence.

Thanks to some (particularly loud) Christians, much of the perception of the Church isn’t kindness, optimism and authenticity. It’s judgment and hostility to values that may be different than those of traditional, western Christianity.

When looking at why a high number of millennials left the church, Barna found that 87 percent said they thought Christianity was too judgmental. 70 percent said Christians were “insensitive to others.” In response to Pew Research numbers that found that one-in-three millennials is now religiously unaffiliated, one newspaper interviewed several local faith leaders and thinkers, and their responses were telling. One minister pointed to “the multitude of different groups that go out and proclaim in the name of Jesus by means of hate and intolerance. … and are just trying to push their agenda. That turns a lot of people off.” Another added, “Classic millennials identify, or perhaps I should say perceive, the Church to be judgmental.”

Christianity with an edge has a price. On one end of the spectrum are leaders, thinkers and bloggers who are so concerned about preserving their own cultural values that they encourage boycotts, cultivate outrage and make Christianity into a hostile cultural force. On the other end are leaders, thinkers and bloggers who have become so fed up with influential Christian institutions, they’ve become cynical, jaded and outraged—albeit for different reasons.

The fruit of the spirit is love, joy, peace, patience, kindness, goodness, faithfulness, gentleness and self-control. Outrage, anger and cynicism are notably absent.

It’s a culture that often has no problem with Jesus’ command to be “as shrewd as snakes.” It’s His follow-up to be “as harmless as doves” that seems to be lost in all the anger.

The fruit of the spirit is love, joy, peace, patience, kindness, goodness, faithfulness, gentleness and self-control. Outrage, anger and cynicism are notably absent.

The Daily Show may have been biting and funny, but tune into Fallon you’ll likely encounter a lot more gentleness, joy and kindness.

That’s why modern Christianity can learn so much from what’s happening in late-night.

Attracting people to faith, making disciples and perpetuating the message of Jesus is tough when the primary message coming out of the Church is about fighting culture and getting mad over reality TV controversies, political issues or something some pastor said that challenges your own theology. All the vitriol isn’t creating a stronger Church. According to the numbers, it’s actually backfiring, turning off the people it should be reaching. 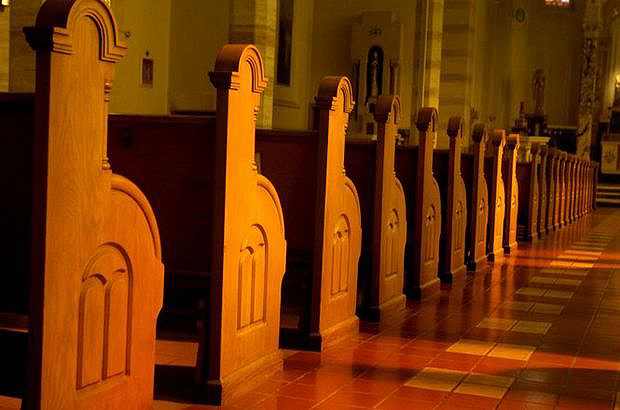 The late-night, anti-anger, anti-cynicism revolution is signaling a shift in culture. People aren’t looking for cutting responses to the brokenness in the world. They’re looking for hope that things can be different.

Yes, there are times when outrage is warranted and necessary in the face of injustice, but that shouldn’t be our default posture. Christians—more than anyone—should be optimists. We’re taught to pray that things will be “on earth as it is in heaven.” Our tone should be hopeful and joyful because we’re told that “God was pleased to have all his fullness dwell in Him, and through Him to reconcile to Himself all things, whether things on earth or things in heaven, by making peace through His blood, shed on the cross.”

This is Good News. Not the kind of that gets parodied for the sake of frustrated laughs. The kind we can proclaim with a smile free of irony or cynicism. The kind that actually sounds joyful when we talk about it.