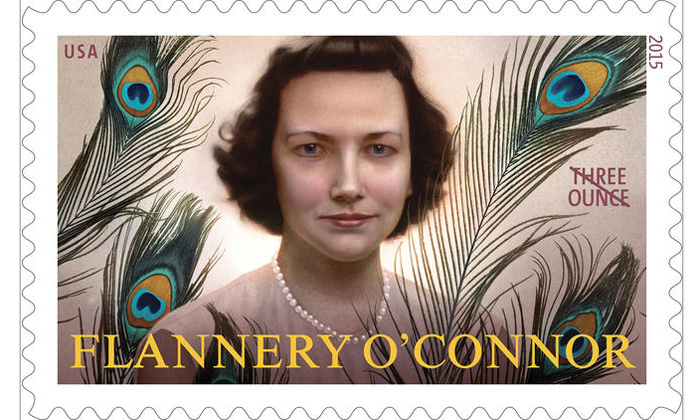 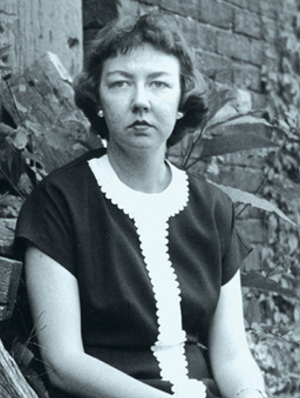 (LATimes, By CAROLYN KELLOGG)  Writer Flannery O’Connor will appear on a new postage stamp, the U.S. Postal Service announced Tuesday. On the stamp, O’Connor is flanked by peacock feathers; she raised peacocks at her family’s Andalusia Farm in Georgia.

O’Connor’s work led the field of Southern Gothic with the novels “Wise Blood” and “The Violent Bear It Away” and many works of short fiction, including the collection “Everything That Rises Must Converge.” An omnibus collection, “The Complete Stories of Flannery O’Connor,” which won the 1972 National Book Award for fiction, was named the Best of the National Book Awards, 1950-2008 by a public vote.

O’Connor was born in 1925 in Savannah, Ga., the only daughter in a devout Roman Catholic family. The family moved to Midgeville when she was 12, then to the Andalusia Farm after her father died. She went to Georgia State College for Women, then to the Iowa Writers Workshop and then to New York, where she was a resident at Yaddo, a retreat for artists in Saratoga Springs. She also lived in New York City and then found friends and patrons who let her stay with them in Connecticut.

Afflicted with lupus, O’Connor at age 25 moved back to Georgia, where her mother helped take care of her. O’Connor used crutches to get around, attended church, raised peacocks and built a strong reputation as a writer. Although she saw her books become finalists for the National Book Award in 1956 and 1961, she missed out on wins; she died in 1964 at the age of 39 [from lupus].

In his 2009 biography “Flannery: A Life of Flannery O’Connor,” Brad Gooch wrote, “O’Connor said that modern writers must often tell ‘perverse’ stories to ‘shock’ a morally blind world. ‘It requires considerable courage,’ she concluded, ‘not to turn away from the story-teller.'”

The Flannery O’Connor stamp is a “forever” stamp for 3-ounce packages (currently 93 cents) and is to debut June 5.