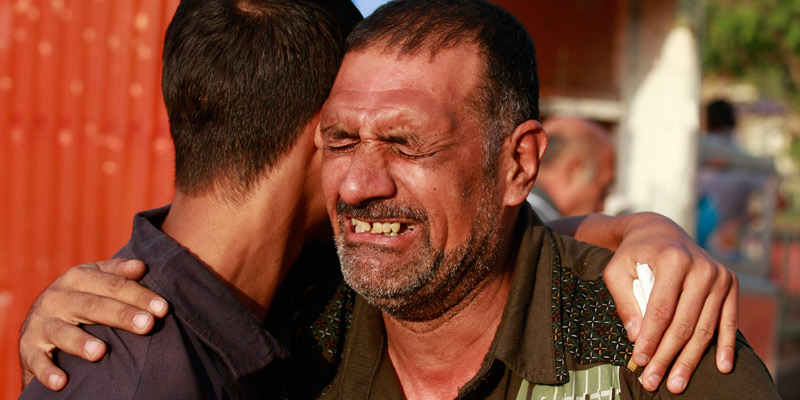 People of the Year 2014: Persecuted Christians in Iraq

(Rome Reports) It’s a tragedy ROME REPORTS witnessed firsthand. Iraqi Christians forced out of their homes under the threat of being killed. Just a few years ago, there were roughly 2 million Christians in Iraq. Now there are less than 250,000. It was never easy to be Christian in the country, but even as a religious minority, Christians played an important role in Iraqi society.

Going back home, seems like a fading possibility. The aggression of ISIS terrorists still lingers in their memories. But despite all the violence, their faith is still very much alive.

“We have great faith in God, our Father, and we will keep it now and when we go back home.”

“With the help of God, we keep hope alive. Above everything else, the hope of going back to Qaraqosh.”

More than 400,000 people have fled to Northern Iraq. In just a few weeks, about 70,000 arrived to the city of Erbil, the capital of Kurdistan, an autonomous region in Iraq.

They’ve lost everything and they live under these conditions. The yard of a local parish, was turned into an improvised refugee camp overnight. Here alone, there are roughly 160 families living under 64 tents. They’ve been here for five months and the situation isn’t getting any better.

DOUGLAS BAZI
Pastor Mar Yusef
“We have Christmas now but the problem will be after Christmas when all the lights are gone. What will we do after?”

PATRIARCH RAPHAEL LOUIS SAKO
Chaldean Patriarch
“It is a miserable situation. You have ten people living in a small place, without employment. The psychological pressure is terrible.”

In these conditions, it’s difficult to envision a Christmas celebration. Sarmad Kallo is a Dominican friar who was forced to flee from Qaraqosh. Now he is a refugee from Erbil. Just like Jesus was persecuted at birth, he says even newborn Christians are targeted.

SARMAD KALLO
Dominican Friar
“Christianity is born in a manger. Jesus was born poor and we too are poor. If you think about it, Christmas is right here with us. Christ will be born among us. He will rise from this poverty we are living. He was the Savior, but He was also persecuted. Now we are being persecuted for believing in Him and his message. So this year, we will truly experience Christmas.”

The dramatic changes are even seen in this shopping center. The Ainkawa Mall, was built for shopping, but now it’s a makeshift refugee camp. It provides shelter for more than 400 families who lost everything. They share a bathroom and they huddle around small rooms with dim lights. Many of these Christians are from Mosul where for the first time in more than 1500 years, the parish bells can no longer ring.

“We are from Mosul. At 6.00 am we received a message. We could either pay a tax for being Christian, or we would be decapitated. We were forced to leave and when we reached the border, everything was stolen from us…our cars, our money, everything.”

The territory ISIS has taken over, in Syria and Iraq equates to the size of Jordan. Along the way, they have killed, threatened and persecuted Christians.

These refugees have lost it all, except hope and faith. In that, they’ve found the strength to carry on, even amid the darkness.