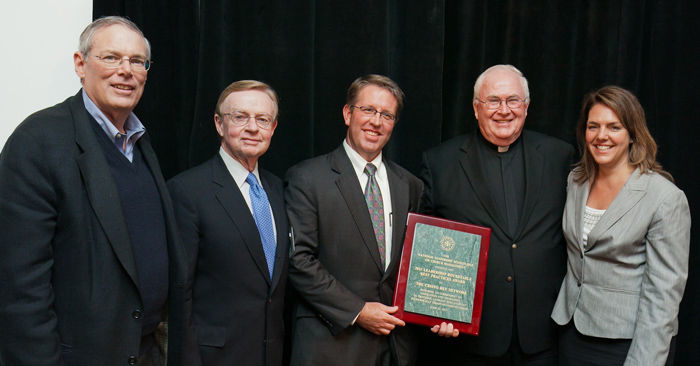 Archdiocese of NY introduces MA for lay people, preparing them for parish management

An agreement has been signed with Villanova University for a two-year course aimed at freeing priests for pastoral service.

(Vatican Insider, Marco Tosatti) Freeing priests from administrative duties in parishes so they can spend more of their time concentrating on pastoral care: this is the philosophy behind a new initiative introduced by the Archdiocese of New York whose main aim is to involve the laity more in Church life and decision-making.

The Archdiocese in conjunction with Villanova University has prepared a two-year online course that would give those who follow it a Master’s level qualification in Church Management. The cost of the course will be covered by the Archdiocese and the students’ local parishes.

Villanova University’s Center for Church Management and Business Ethics has significant experience in this field. Lay Catholics who wish to participate more actively in parish life, on an administrative and decision-making level, now have the chance to play a bigger role than the one previously held in parish councils or in support work and volunteering.

The Archdiocese initially plans to engage 50 lay people, who, upon completion of the two-year course will be the proud holders of an academic Master’s degree. Individual parishes will be able to hire these individuals, freeing priests of the administrative and financial duties that took up a great deal of their time, time which could have been spent on pastoral activities. But there’s another plus to this initiative: it is seen as an attempt to offer a concrete and efficient response to calls for a greater participation – on a decision-making level – of the laity in Church life.

The Archdiocese of New York stretches across a 12,000 sq. km area and encompasses 370 parishes, seven counties, Manhattan, the Bronx and Staten Island; once the course is up and running, it will also help with the reorganization of around 100 parishes; an operation that will lead to the creation of around 55 new pastoral centres and the closure of dozens of others. 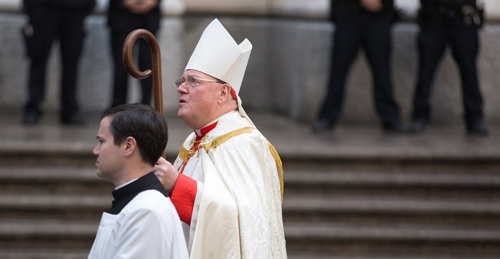 In typical Timothy Dolan style, the cardinal and Archbishop of New York expressed his hope that the realignment process will leave priests with more energy to do more pastoral work instead of limiting them to “replacing boilers and leaky roofs in 150-year-old parishes that are one-third filled on Sundays”.

“The day of old, fat, balding bishops like me being the best spokespeople for the Church is long gone,” the Archbishop said. “It now needs to have trained, competent laypeople to represent them.” Having lay people perform some of the tasks normally assigned to clergy will also take some pressure off the pastors of some parishes. If a parish is well run from an administrative and financial point of view, parish priests can work better too and don’t have to ask the Archdiocese to intervene when problems arise.

The diocese of Camden, New Jersey made a similar arrangement with Villanova University to train church managers.