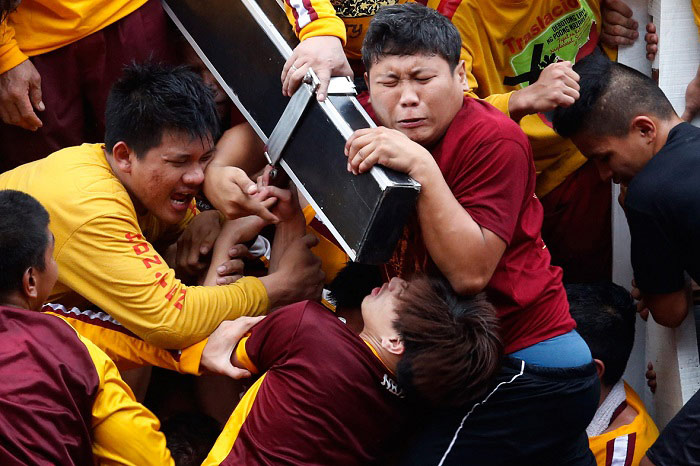 (Fox)  One man has died during an annual Roman Catholic procession in the Philippine capital that has attracted up to a million devotees.

The major religious festival in the Philippines is also a prelude to a much larger turnout expected during next week’s visit by Pope Francis.

Manila Vice Mayor Francisco Moreno said one volunteer accompanying the statue of the Black Nazarene being paraded in Manila died of a heart attack early Friday.

The devotees believe the centuries-old black statue of Jesus Christ carrying a cross is a source of miraculous powers that could cure ailments and provide good health and fortune.

Police say up to 1 million people have joined or watched the raucous procession. Officials and church leaders expect millions will show up for the papal visit.