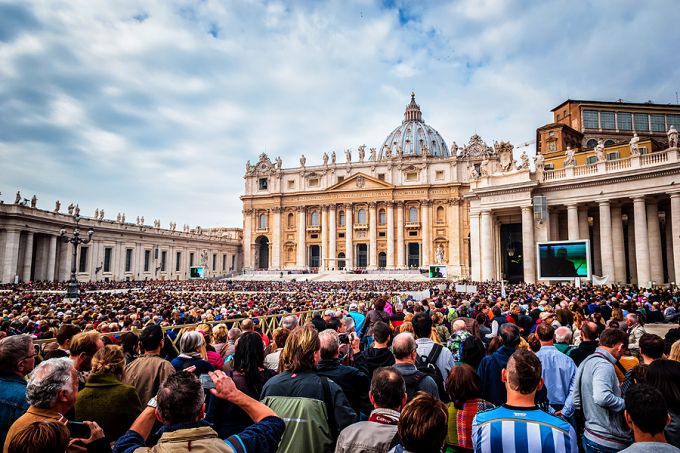 In a time when world news can leave one sad or even frustrated, we are seeing some hopeful statistics for the Catholic Church. May we continue to pray that the Gospel is shared throughout the world to fill hearts and minds with the Good News.

( CNS/EWTN News ) The number of Catholics has increased at a faster rate than the rest of the population, newly released statistics by the Vatican reveal.

These and other statistics, released by the Vatican on Saturday, are contained within the 2016 Pontifical Yearbook, and the 2014 Annuarium Statisticum Ecclesiae.

These volumes, compiled by the Central Office of Church Statistics and edited by the Vatican Typography, are set to be released in bookshops within days.

The books also show changes in the Church’s life over the course of 2015, according to the March 5 statement.

The statement also notes a global increase in the number of bishops from 2005-2014, although America and Oceana saw a slightly lower increase than the world average.

There was also a worldwide increase in the number of diocesan and religious priests, mostly in Africa and Asia, although there was a decline in new priests in Europe and Oceana.

While the number of permanent deacons increased in the African continent, the rest of the world saw a decline. Likewise, female religious saw a decline, but an increase in Africa and Asia.