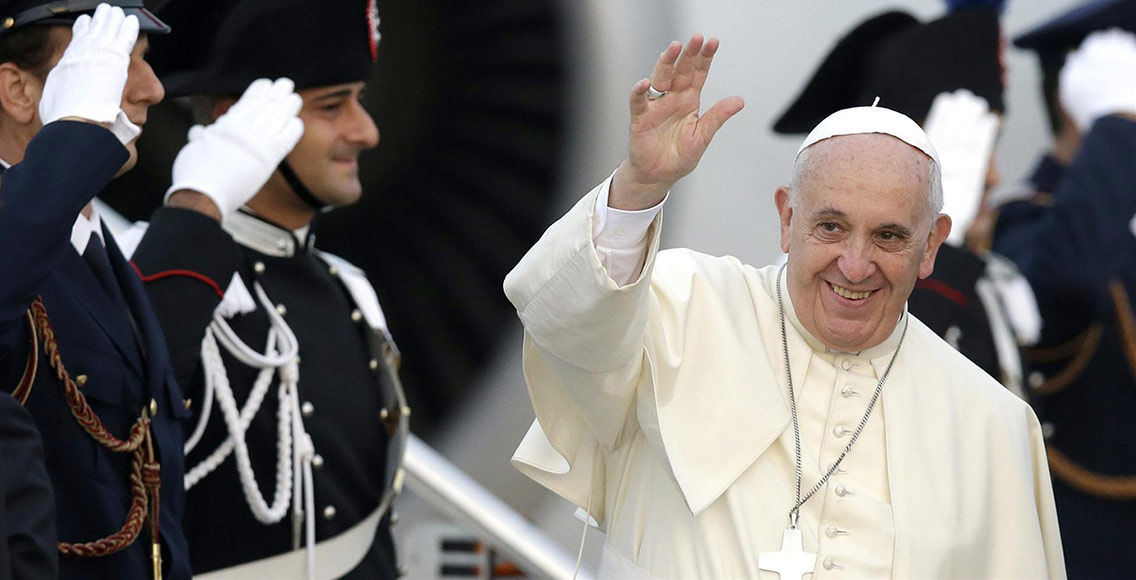 (CNA/EWTN News by Andrea Gagliarducci).- Pope Francis’ visit to Albania is a “gigantic event” for the religiously diverse country as it seeks a greater role in Europe, one leader at the country’s main Catholic university has said.

“Catholics, Orthodox and Muslims are pursuing together the European dream. Pope Francis’ visit will foster this pursuit, and hopefully will accelerate the Albanian process to be a fully acknowledged European country,” said Tritan Shehu, vice-rector of the Catholic University Our Lady of the Good Counsel in Tirana.

Pope Francis visited the university the afternoon of Sep. 21 for a meeting with all the religious leaders of Albania. The Pope encouraged inter-religious work for the common good and stressed that the strong belief that truth has its own “power of attraction” negates the need for religious coercion.

“I may say that Pope Francis has chosen to come to our university because we are a Catholic university, but we also live in an international, interreligious atmosphere,” said Shehu ahead of the papal visit.

Shehu, a doctor and a government cabinet minister from 1993 to 1997, has witnessed the Albanian transition from communist to democratic rule.

He said that since John Paul II’s visit to Albania in 1993, “many things have changed, and we also made some mistakes in our transition.”

“We have lost some of our spirit, we have thought to open up to a free market without considering our national identity. But we are walking…