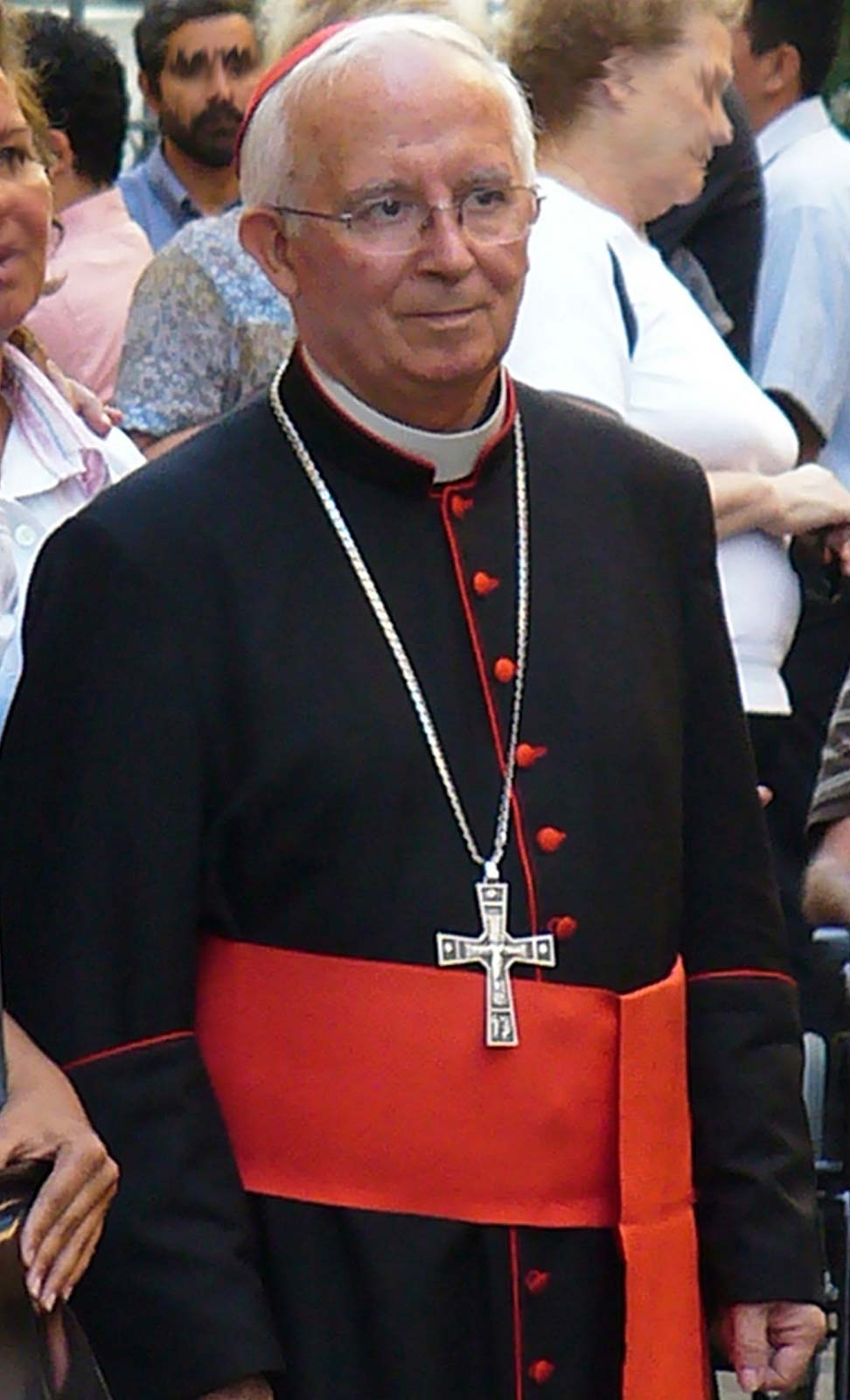 (Vatican Insider, by Andrea Tornielli)  “I told Pope Francis: I want to live with the smell of the sheep. It was my desire to return to a diocese…”.

Cardinal Antonio Cañizares Llovera, the Prefect for Divine Worship, who has just been appointed archbishop of Valencia, smiles brightly because of his long awaited appointment, that was announced yesterday. Those who attempt to present his departure from the Roman Curia as a downgrade, or even a “punishment” could not be more wrong. Firstly, because “for a shepherd there is nothing better than being among his flock”. And also because it was the cardinal himself to ask Pope Francis to return to serving as bishop in a diocese.

How did you welcome the news?

“I am really very happy. I return to my home diocese, which has not had a Valencian bishop for over 100 years…”

How do you live with your removal from the Curia?

“It was my wish. It was me who told Francis that I wanted to have the smell of the sheep. I asked to go back to a diocese, any diocese that the Pope would want to send me to. To me it was a great joy and a great honour that the Holy Father chose Valencia, one of the dioceses in Spain and in Europe that is most alive, also because of the number of its vocations. It is a sign of gratitude and recognition towards me, a gift from Francis that moves me, I am really grateful for it”.

What can you say about these five years you have spent at the head of the ministry that deals with liturgy?

“I am grateful for this experience in the Curia. We have worked to carry on the liturgical renewal prompted by the Second Vatican Council. One of the most fundamental moments was the symposium on the constitution of the Council, Sacrosanctum Concilium, as well as the documents we published and those that are still being written and will be published soon. We need to keep on working so that the Council is fully implemented in the liturgical field ,according to what Benedict XVI stated: God is the subject of liturgy, not us. Liturgy is not an action of man but an action of God”.

May I ask how Pope Francis was involved in the work of the Congregation for Divine Worship during the one and a half years he has been Pope?

The last few years have not been easy in terms of the relationship between the Church and the Spanish governments. How do you intend to deal with this?

“I believe that I will have a friendly relationship with the world of politics and institutions, signaled by openness and collaboration, with the sole object of the common good, the good of our people. There have been and there still are difficult situations, not only from an economic and financial point of view. I hope that we can also work for the unity of the country, which is not only political but also anthropological; it is a project that has been alive for more than 14 centuries and is founded on Christian identity”.