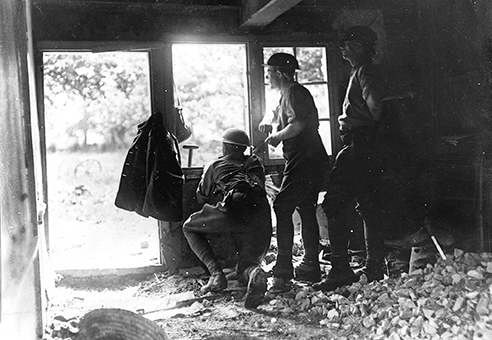 A century ago, on 3 September 1914, a month after the outbreak of World War One, Giacomo Della Chiesa was elected Pope. He tried to stop the war but in vain.

The first public speech Pope Benedict XV gave after the Conclave which elected him as Pius X’s successor on 3 September, marked the start of his mission to end hostilities, convincing the great powers to resolve pending questions through dialogue and negotiation. This was the spirit of his first four public wartime speeches. On 8 September 1914 Benedict XV “repeated his predecessor’s call to people to pray for an end to the war,” urging powers to put down their weapons. But his calls fell on deaf ears. He made another attempt at moral persuasion on 1 November 1914 with the “Ad Beatissimi” encyclical. In it, Benedict XV denounced the general cultural barbarization of the time: “the lack of reciprocal love between men,” material well-being “becoming the only aim of human action” and the nationalistic hatred which led to paroxysm. According to the Pope this was all rooted in a culture of positivism which exalted hatred, instinct and the fight for survival.

In the face of all this it was necessary to return to the “principles of Christianity” so that the exaltation of hatred can be replaced by “fraternal love”. Hence his appeal to Catholics to take humanitarian action. Another appeal was then made to the warring sides to put an end to the violence and find “other ways to ensure violated rights were respected.” This second appeal also fell on deaf ears. A third attempt to persuade sides to put down their weapons was made at Christmas: “Benedict XV asked for a twenty-four hour ceasefire to remember the “Prince of Peace”. But the Russians and French said no. On 10 January 1915 Della Chiesa published his Prayer for peace but Belgian and French clergy twisted its meaning to fit their own political and patriotic interests. 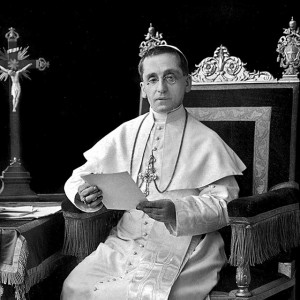 Benedict XV’s appeals to convince the great powers to lay down their weapons had all failed. In addition, the stalemate in trench warfare signaled that the conflict was not going to be a short one. From that moment on the Pope and the Holy See set themselves a new goal: to reduce humanity’s suffering. Hence, Benedict XV aimed to keep Italy out of the conflict. Another attempt, which was doomed to failure.

Despite this, the Vatican continued its diplomatic efforts: it offered to mediate for a separate peace deal between Germany and France. After this diplomatic initiative failed too, on 28 July 1915 the Pope resorted to yet another peace appeal: he published an apostolic exhortation commemorating the first anniversary of the conflict’s outbreak, asking warring sides to lay down their weapons and begin negotiations. Benedict XV urged against nationalistic excess declaring: “Nations do not die.” If the rights of nations are not recognized, the humiliation and oppression this would spark, would carry the yoke imposed on them into the future, paving the way for revenge and transmitting a sad legacy of hatred and revenge from generation to generation.” Far-sighted and prophetic words.

This appeal also went unheard as the conflict grew and worsened. Benedict XV realized that it was futile to go on insisting and he focused his efforts on humanitarian assistance and above all on helping the victims of the greatest atrocity of World War One: the Armenian Christian genocide.

One of the things the Holy See did constantly during the war was to offer humanitarian assistance to all those who were suffering. On 2 December 1914 the Holy See published a decree in Vatican newspaper L’Osservatore Romano, after which it started launching numerous humanitarian initiatives, starting with material and spiritual assistance to prisoners of war. The visits local bishops and clergy paid to prison camps were of vital importance: the Vatican was being constantly informed about the conditions of prisoners. Benedict XV’s pacifying actions included negotiations to ask for prisoners’ repatriation or for improved living conditions. This included proposals for the treatment and exchange of sick and wounded prisoners. The Pope managed to stop the deportation of Belgians by the Germans, particularly thanks to the actions taken by the Nuncio to Munich, Giuseppe Aversa.

At the end of the war, the Opera dei Prigionieri – an organisation established in the Vatican in the spring of 1915 – sorted 600,000 bundles of letters, including 170,000 searches for missing persons, 40,000 requests for the repatriation of sick prisoners of war and the dispatch of 50,000 letters “to” and “from” prisoners and their families. Crucial assistance was offered to people living in or in countries near war zones, such as Lithuania, Montenegro, Poland, Syria and Lebanon.