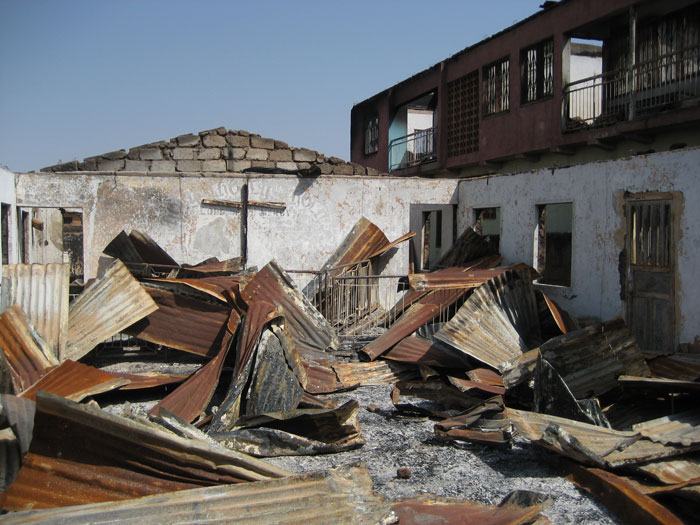 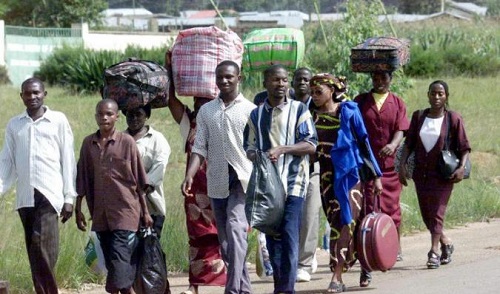 (news.va) 185 churches in the Maiduguri Diocese were torched and 190,545 people displaced. This is the toll of the violence perpetrated by Boko Haram in the past two months in the diocese of Maiduguri, whose territory includes the States of northern Nigeria: Borno, Yobe and some areas of Adamawa. This was announced by the Director of Communications of the Diocese, Fr. Gideon Obasogie.

In the past two months, 11 cities in territory of the diocese have fallen into the hands of Boko Haram . “It is over 30 days now that our Church communities in Gulak, Shuwa, Michika, Bazza were sacked by the callous attacks of the Boko Haram terrorists”, said the Director of Social Communications. “Gwoza and Magadali had been under the tyrannical and despotic control of the terrorists and this is almost the sixtieth day” says Fr. Obasogie. “Our Priests are displaced, while citizens, who were supposed to celebrate their independence as a free Nation, were rather counting their losses and regrets as they had been reduced to the status of Internally Displaced Persons, IDPs. Where is the freedom? ” he asked.

Fr. Obasogie describes the terrible conditions in which displaced people are forced to live, welcomed in the homes of relatives and friends , or in makeshift structures in Maiduguri, Mubi, Yola, Uba, Gombe, Biu and Damaturu. The thought of the displaced people go to those who were unable to flee, the elderly or sick people but also young people. Today, October 7, a regional summit is being held in Niamey, Niger’s capital, to fight Boko Haram, which is also threatening its neighbors, as demonstrated by the death of 7 people in the north of Cameroon, killed by a rocket fired by the fundamentalists in Nigeria.