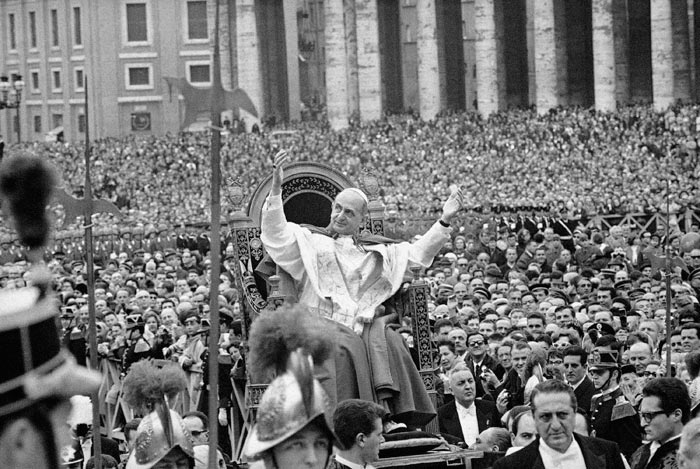 (CNS, Cindy Wooden) “Although he was not always understood, Paul VI will remain the pope who loved the modern world, admired its cultural and scientific wealth and worked so that it would open its heart to Christ, the redeemer of mankind,” wrote Cardinal Giovanni Battista Re.

The Italian cardinal, a former papal diplomat like Pope Paul, said that while St. John XXIII is remembered for having convoked the Second Vatican Council and presiding over its first session, it was Pope Paul who was the “real helmsman of the council,” presiding over the last three of its four sessions and guiding its implementation.

Both Cardinal Re and Pope Francis repeatedly refer to Pope Paul as a man sensitive to the problems and anxieties of modern men and women, a sensitivity Cardinal Re said led the pope “to seek dialogue with everyone, never closing the doors to an encounter. For Paul VI, dialogue was an expression of the evangelical spirit that tries to draw close to each person, that tries to understand each person and tries to make itself understood by each person.”

“Ecclesiam Suam” laid out the vision for his papacy, looking at ways the church could and should continue God’s action of setting out to encounter humanity and bring people to the fullness of truth and salvation.

“How vital it is for the world, and how greatly desired by the Catholic Church, that the two should meet together, and get to know and love one another,” he wrote. 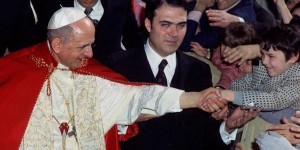 But in the turbulent 1960s, it was not that easy. A 1977 biography of the pope by NC News Service — the former name of Catholic News Service — said, “He described himself as an ‘apostle of peace,’ but Pope Paul VI knew scarcely a peaceful day” as head of the church. “Called to the papacy in 1963 to succeed the universally popular Pope John XXIII, Giovanni Battista Montini faced a church and a world experiencing a period of self-criticism and upheaval. His years as pope were most notably marked by the Second Vatican Council — its hopes, reforms and crises.”

Celebrating the 50th anniversary of Pope Paul’s June 21, 1963, election, Pope Francis told pilgrims from Brescia that the late pope “experienced to the full the church’s travail after the Second Vatican Council: the lights, the hopes, the tensions. He loved the church and expended himself for her, holding nothing back.”

A reserved and reflective man who was trained…