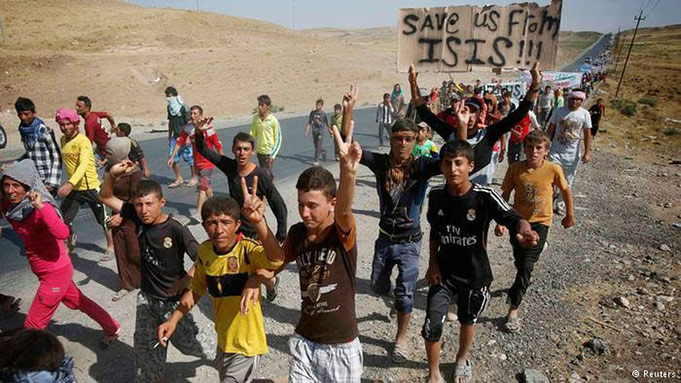 (CNA/EWTN News).- Pope Francis has given $1 million as a personal contribution to help Christians and other religious minorities in Iraq who have been forced from their homes, according to his personal envoy to the country.

Cardinal Fernando Filoni, prefect of the Congregation for the Evangelization of Peoples, visited Erbil as Pope Francis’ envoy from Aug. 12-20.

Cardinal Filoni met in private with Pope Francis the day after he returned to Rome, and spoke to CNA Aug. 22.

Cardinal Filoni said he had carried with him one tenth of the Pope’s contribution, and that “75 percent of the money was delivered to Catholics, and the remaining 25 percent to the Yazidi community.”

The Islamic State is a recently established caliphate that has persecuted all non-Sunnis in its territory, which extends across swaths of Iraq and Syria.

“Pope Francis gave me a humanitarian mission, not a diplomatic mission, and this is what I always emphasized to Iraqi authorities,” Cardinal Filoni said.

The Pope’s decision to send a personal envoy to Iraq, the cardinal said, “meant to me that if he had been able to go, he would have.”