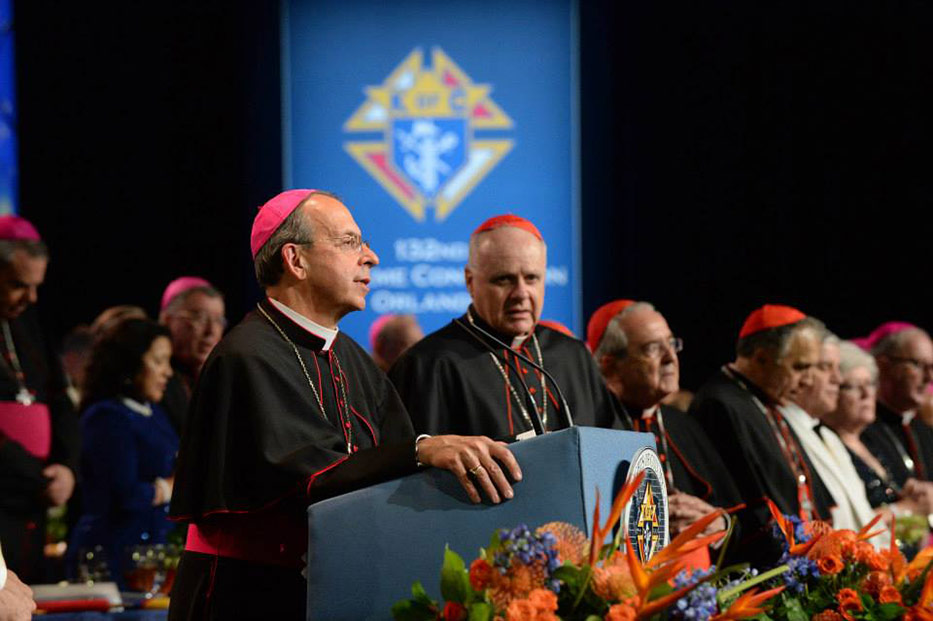 $170 million: Knights of Columbus set yet another record for global charitable giving

For the 2013 year, the Knights donated nearly $170 million and volunteered more than 70.5 million hours, according to their Annual Survey of Fraternal Activity discussed at the 132nd Knights of Columbus Supreme Convention in Florida.

“Charity has been at the heart of the Knights’ mission for the past 132 years,” said Supreme Knight Carl Anderson.

“Whether with funds or service, and whether quietly helping someone overcome a personal tragedy or assisting in the aftermath of a widely known humanitarian disaster, the outpouring of charity by our members produces meaningful results, especially by helping to bring peace of mind to those who find themselves in incredibly difficult situations.”

Contributions for relief efforts in the aftermath of both Hurricane Sandy and the school shooting in Newtown, Conn. factored in to the 2013 figure, making it a 13 percent increase in donations from the previous year.

The Knights also continued their support for programs such as the Knights of Columbus Coats for Kids and Food for Families, the Special Olympics and the American Wheelchair Mission.