In the wake of the death of a Catholic Religious, Sister Juliana Bonoha Bohe (65), who died yesterday from contracting the Ebola Virus while serving those infected with it, now this.

(WSJ)  A Spanish priest died of the Ebola virus in a Madrid hospital Tuesday morning, days after he had been evacuated by air from Liberia for treatment with an experimental drug, a hospital spokeswoman confirmed.

Father Miguel Pajares, a 75-year-old missionary, was being treated in a special isolation unit of Madrid’s Carlos III Hospital, where he had arrived Thursday after being flown out of Liberia in a Spanish Air Force medical jet.

On Saturday, Spain’s Ministry of Health Services said it had approved, on an exceptional basis, an import permit for ZMapp, an experimental Ebola drug that has also been given to two infected Americans. The ministry said the drug had been delivered immediately to the hospital where Fr. Pajares was undergoing treatment. 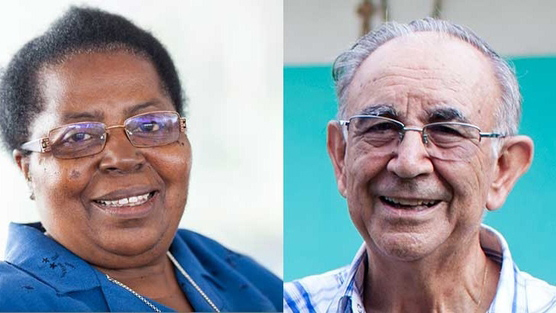 Spanish health officials had said Thursday that Fr. Pajares was in a “stable clinical condition.” But authorities subsequently stopped offering updates on his condition, at the priest’s request.

Spanish state-owned news agency EFE quoted people attending Fr. Pajares as saying that the priest experienced breathing problems and a marked decline in his vital signs in the hours preceding his death.