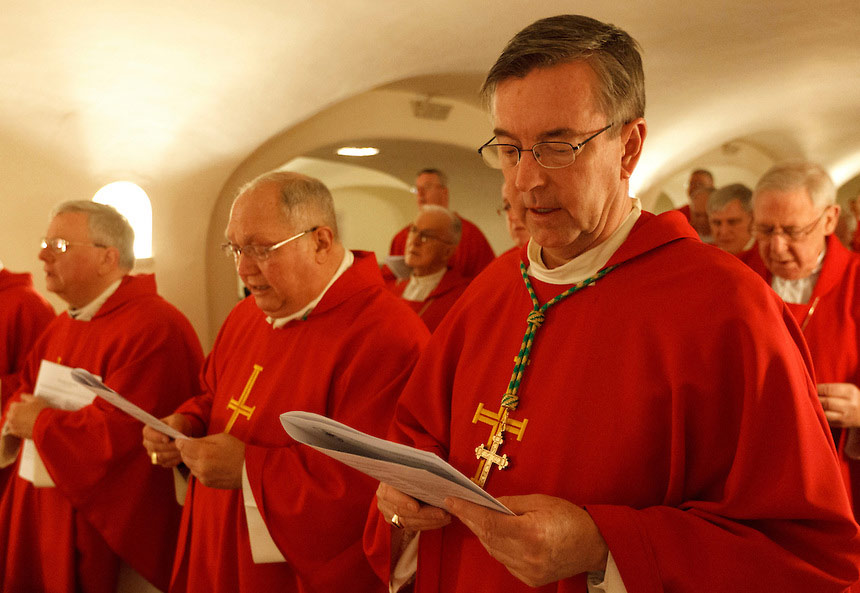 Peter Forsyth Christensen (born December 24, 1952) is an American prelate of the Roman Catholic Church who serves as Bishop of Superior.

Bishop Christensen, one of eight children, was born on December 24, 1952 in Pasadena, California.

He moved to Minneapolis-St. Paul in 1975. He worked as a commercial artist prior to entering St. John Vianney College Seminary located at the University of St. Thomas. He also attended St. Paul Seminary for his graduate studies.

Bishop Christensen holds a Master of Divinity degree and a Master of Applied Spirituality as well as an honorary doctorate.

He was ordained to the priesthood at age 32 on May 25, 1985 by Archbishop John Roach and served as associate pastor of St. Olaf Parish in Minneapolis before becoming spiritual director (1989) and rector (1991) of St. John Vianney Seminary. In June of 1999 he was appointed pastor of Nativity of Our Lord Parish in St. Paul where he served until being named the 10th Bishop of Superior on June 28, 2007 by His Holiness Pope Benedict XVI.

He received his Episcopal Consecration on September 14, 2007 at the Cathedral of Saint Paul, St. Paul, Minnesota, with Archbishop Harry J. Flynn the Presider and Principal Consecrator, and Bishop Raphael M. Fliss, Diocese of Superior, and Bishop William H. Bullock, Diocese of Madison, Co-Consecrators. On September 23, 2007, he was installed as Bishop of the Diocese of Superior at the Cathedral of Christ the King, Superior, Wisconsin.