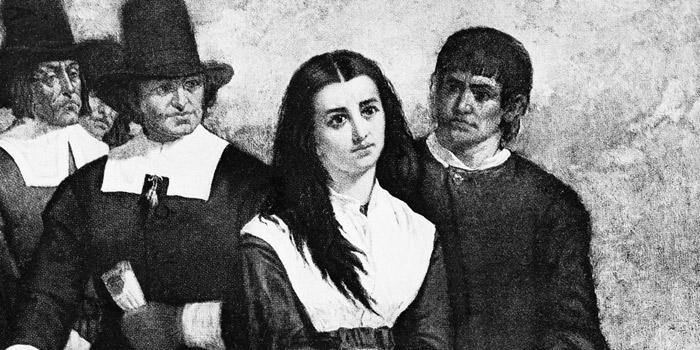 Was the last ‘witch’ of Boston actually a Catholic martyr? 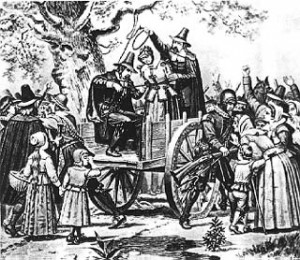 By Mary Rezac).- The last person hanged for witchcraft in Boston could be considered a Catholic martyr.

In the 1650s, Ann Glover and her family, along with some 50,000 other native Irish people, were enslaved by Englishman Oliver Cromwell during the occupation of Ireland and shipped to the island of Barbados, where they were sold as indentured servants.

What is known of her history is sporadic at best, though she was definitely Irish and definitely Catholic. According to an article in the Boston Globe, even Ann’s real name remains a mystery, as indentured servants were often forced to take the names of their masters.

While in Barbados, Ann’s husband was reportedly killed for refusing to renounce his Catholic faith. By 1680, Ann and her daughter had moved to Boston where Ann worked as a “goodwife” (a housekeeper and nanny) for the John Goodwin family.

Father Robert O’Grady, director of the Boston Catholic Directory for the Archdiocese of Boston, said that after working for 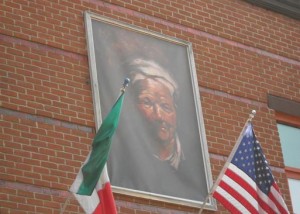 the Goodwins for a few years, Ann Glover became sick, and the illness spread to four of the five Goodwin children.

“She was, unsurprisingly, not well-educated, and in working with the family, apparently she got sick at some point and the kids for whom she was primarily responsible caught whatever it was,” Fr. O’Grady told CNA.

A doctor allegedly concluded that “nothing but a hellish Witchcraft could be the origin of these maladies,” and one of the daughters confirmed the claim, saying she fell ill after an argument with Ann.

The infamous Reverend Cotton Mather, a Harvard graduate and one of the main perpetrators of witch trial hysteria at the time, insisted Ann Glover was a witch and brought her to what would be the last witch trial in Boston in 1688.

In the courtroom, Ann refused to speak English and instead answered questions in her native Irish Gaelic. In order to prove she was not a witch, Mather asked Ann to recite the Our Father, which she did, in a mix of Irish Gaelic and Latin because of her lack of education. 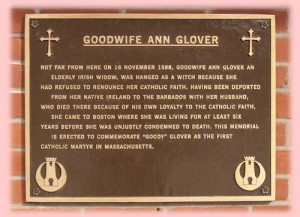 “Cotton Mather would have recognized some of it, because of course that would have been part of your studies in those days, you studied classical languages when you were preparing to be a minister, especially Latin and Greek,” Father O’Grady said.

“But because it was kind of mixed in with Irish Gaelic, it was then considered proof that she was possessed because she was mangling the Latin.”

Allegedly, Boston merchant Robert Calef, who knew Ann when she was alive, said…