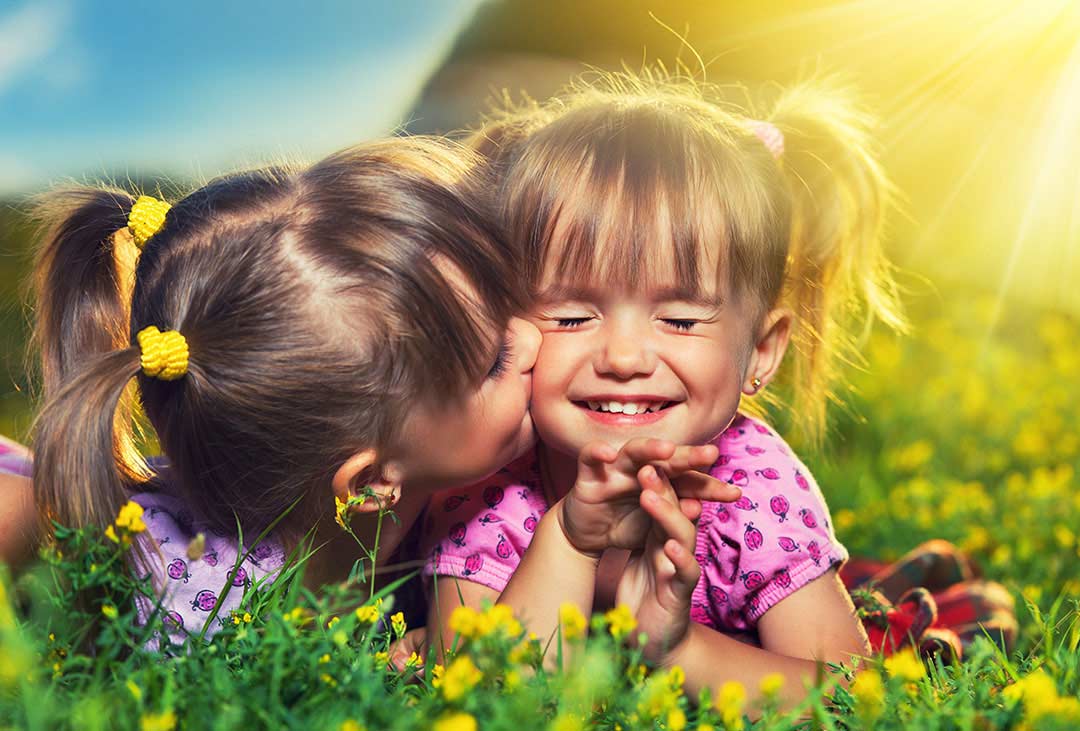 (VATICAN CITY) — Pope Francis’ summary document on the two synods on the family released today does not explicitly allow remarried divorcees to receive holy Communion, as some had feared — but it comprehensively covers complex pastoral challenges to the family, in a long text that leaves much open to interpretation.

Running to more than 60,000 words and 325 paragraphs, the Pope’s post-synodal apostolic exhortation Amoris Laetitia (The Joy of Love) is divided into nine chapters, beginning with an extensive exploration of current challenges and ending with a spiritual examination of marriage and the family.
Archbishop José Gomez of Los Angeles has called it “a deep and important document” that comes at a “critical time, when the meaning of marriage, family and human love is confused and disputed in our society.”

The document, signed on March 19, the Solemnity of St. Joseph, brings together the results of the two synods on the family convoked by Pope Francis in 2014 and in 2015. It often cites their final reports, documents and teachings of his most immediate predecessors, as well as Francis’ own numerous catecheses on the family.

The Holy Father also makes use of the contributions of various bishops’ conferences around the world, and, as well as a number of Church Fathers and saintly theologians, it cites Protestant or humanist historical figures such as Martin Luther King, Dietrich Bonhoeffer and Erich Fromm.
The Pope begins by stating that he found both synods “impressive and illuminating.” But he notes that they led to debates in the media that were either calling for “total change” without sufficient reflection or to an attitude of “applying general rules” deriving from “undue” theological conclusions.
To counter this, he says in the introduction that not all discussions of doctrinal, moral or pastoral issues “need to be settled by interventions of the magisterium,” but that “each country or region” can seek solutions “better suited to its culture and sensitive to its traditions and local needs” — a clear hint towards his vision for Church decentralization.

He also places a premium on the importance of conscience and discernment, especially regarding the divorced and remarried. The Church, he writes in the second chapter, makes it “hard to make room for the consciences of the faithful, who very often respond as best they can to the Gospel amid their limitations and are capable of carrying out their own discernment in complex situations. We have been called to form consciences, not to replace them.”

‘The Light of the Word’
Chapter One focuses on “the light of the Word,” a reflection on holy Scripture, and stresses that the word of God “is not a series of abstract ideas” but a “source of comfort and companionship” for “every suffering family that experiences difficulties or suffering.”

Chapter Two is dedicated to the actual situation facing families, as, it notes, did Pope St. John Paul II’s 1981 apostolic exhortation on the family, Familiaris Consortio. This, he says, is to keep the document “firmly grounded in reality.” A vast array of problems, ranging from loneliness, television addiction and pornography to human trafficking, dire poverty and the crisis of fatherhood, are touched upon. The new exhortation also issues a strong rejection of ideological colonization in the form of contraception, sterilization and abortion, notes the crisis of faith and decline of religious practice and the “failure to realize” the important role of the “exclusive and indissoluble union” between a man and a woman.

The Pope then moves on to recall some essential aspects of the Church’s teaching on marriage and the family. He stresses the indissolubility and sacramental nature of marriage, the transmission of life and the education of children. He touches on “imperfect situations” and notes “positive elements” in marriages within other religions.

“Discernment” figures highly in the chapter: The Pope states that a level of responsibility depends on cases and factors that limit the ability to make a decision. “Therefore, while clearly stating the Church’s teaching, pastors are to avoid judgments that do not take into account the complexity of various situations,” Francis says. “They are to be attentive, by necessity, to how people experience and endure distress because of their condition.”

Loving Advice for Couples
Chapter Three paves the way for two central chapters dedicated to love. Married couples would profit most from these, the Pope suggests, with one of the chapters being a discourse on the meaning of love and the other on how to make it fruitful.

Chapter Five discusses the fruitfulness of procreation, highlighting pregnancy, parental love, “discerning the body” and the relationship roles of siblings and between youth and the elderly.

Chapter Six covers “some pastoral perspectives.” As in the 2015 synod’s final report, it firmly states same-sex unions are not even remotely analogous to marriage. Other topics include preparing engaged couples for marriage, accompanying married couples and casting light on current crises.
The Pope also says the “psycho-affective” formation of seminarians needs to be improved so priests can deal with the complex problems facing the family today.

For its part, Chapter Seven examines the possibilities for better formation of children and includes a lengthy section on appropriate sex education. It questions whether educational institutions have taken up this challenge, but omits mention of a parental role in this area.

The Challenge of Chapter Eight
Chapter Eight, probably the most controversial element, deals with “accompanying, discerning and integrating weakness.” It’s a chapter, the Pope writes, that “everyone should feel challenged by” and which the Vatican describes as “very sensitive.” The field-hospital analogy he first employed early in his papacy is reused, and the Pope reaffirms what Christian marriage is. He then notes exceptions that contradict the ideal, while at the same time stating that the Church “does not disregard the constructive elements” in those exceptions.

Francis speaks in the chapter of a “need to avoid judgments” that don’t take account of the “complexity of various situations” and stresses the need of “reaching out to everyone.” The divorced, he writes, should not be pigeonholed in “overly rigid classifications,” leaving no room for personal and pastoral discernment.

The Pope tackles the matter of divorced-and-civilly-remarried persons in this chapter, calling for them to be more fully integrated into the life of the Church, while avoiding “any occasion of scandal.” In a key paragraph, he states that considering the immense variety of concrete situations, “it is understandable that neither the synod nor this exhortation could be expected to provide a new set of general rules, canonical in nature and applicable to all cases.”

Instead, the Pope says what is needed is simply a “renewed encouragement” to undertake a “responsible personal and pastoral discernment of particular cases, one which would recognize that, since ‘the degree of responsibility is not equal in all cases,’ the consequences or effects of a rule need not necessarily always be the same.” The Pope, the Vatican says in its summary of the document, develops in depth the kind of discernment needed for “profound dialogue between the faithful and their pastors.”

He then refers to St. Thomas Aquinas — one of a dozen references to the saintly Dominican theologian — to back up the position. Notably, the word “adultery” is not mentioned in the chapter or the document, beyond the story of Jesus and the stoning of the adulteress.

Appealing to priests to show the “logic of pastoral mercy,” Francis stresses that at times “we find it hard to make room for God’s unconditional love in our pastoral activity. We put so many conditions on mercy that we empty it of its concrete meaning and real significance. That is the worst way of watering down the Gospel.”

Cohabitation is addressed in this chapter, continuing in the same vein as the final report. It applies to this context “not a ‘gradualness of law’ but rather a gradualness in the prudential exercise of free acts on the part of subjects who are not in a position to understand, appreciate or fully carry out the objective demands of the law.”

In a passage concerning “discernment of irregular situations,” it urges that the complexity of these relationships be taken into account and calls on the Church to assist people in finding God’s plan for them. “No one can be condemned for ever, because that is not the logic of the Gospel!” the document states.

A footnote (351) in this section also quotes from the Pope’s apostolic exhortation Evangelii Gaudium, in which he says the Eucharist “is not a prize for the perfect, but a powerful medicine and nourishment for the weak.”

“Mortal sin” is mentioned once in the document, but only in the context of saying that the Church “possesses a solid body of reflection concerning mitigating factors and situations. Hence it is can no longer simply be said that all those in any ‘irregular’ situation are living in a state of mortal sin and are deprived of sanctifying grace.”

Spirituality of Marriage and the Family
In the final chapter, the Pope balances much of the sociological and psychological nature of the preceding passages with a text devoted to the spirituality of marriage and the family. He holds up the ideal by stressing that each person is called to “keep striving towards something greater than ourselves and our families.”

And he offers encouragement by calling on all to “never lose heart because of our limitations, or ever stop seeking that fullness of love and communion which God holds out before us.”

Overall, the document — by the Vatican’s own admission — does not seek to affirm the “ideal family,” but, rather, the complex reality of family life, based on “what people have lived over many years.” Amoris Laetitia, the Vatican says in the conclusion of its synthesis, “speaks the language of experience and of hope.”

“It is my hope,” the Pope writes in closing, “that, in reading this text, all will feel called to love and cherish family life, for families are not a problem; they are first and foremost an opportunity.”