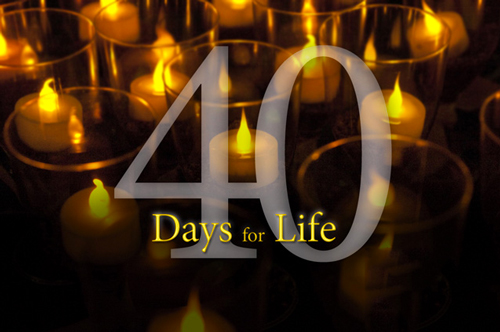 (CNA/EWTN News).- After its 2015 fall campaign of prayer and fasting outside hundreds of abortion clinics around the world, the pro-life advocacy group 40 Days for Life says its efforts have been met with record-breaking results.

“We had 307 cities participate in the 40 Days for Life campaign in the United States and around the world, and we have really seen 40 Days for Life go into any environment and get the same result: moms choosing life at the very last minute,” Shawn Carney, campaign director of 40 Days for Life, told CNA.

“We have 573 babies that we know of that have been spared from abortion. We saw during this campaign the announcement of four abortion facilities that are closing their doors where our campaigns have taken place, and we’ve seen hearts and minds change,” Carney continued.

The latest 40 Days for Life campaign was held from Sept. 23-Nov. 1. The initiative began in 2004 in Texas and has now taken off internationally with hundreds of participating cities.

The mission of 40 Days for Life is to peacefully end abortion through prayer and fasting by keeping a constant 40-day vigil at abortion clinics around the world. The group also focuses on community outreach to those considering abortion or to those who have been involved with the abortion industry.

“Every campaign, we work with some of the abortion facility workers who have a change of heart and leave their jobs,” Carney said, highlighting the 118 ex-abortion industry workers who have joined the pro-life movement through 40 Days for Life since 2007. 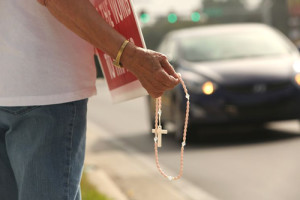 Many of the 40 Days for Life campaign leaders are women who have had abortions, men who have paid for abortions, or even doctors who have performed abortions, Carney said, adding that the organization is made up of largely converts.

“We are not a bunch of self-righteous Christians telling everyone how to live. We are the opposite,” Carney asserted.

Over the years, 40 Days for Life has continued to grow. A number of new cities joined the 2015 campaign, and Carney expressed excitement over new involvement with some international communities.

“We have seen rapid growth in the country of Mexico, and we had our first-ever 40 Days for Life in Colombia. We are very excited about the Latin American growth that we’ve seen, particularly this fall,” he said.

Although some in the pro-life movement have been discouraged by the recent release of under-cover videos, which appear to show Planned Parenthood engaging in the sale of baby body parts, Carney said that these videos gave this year’s campaign more momentum and a renewed energy. 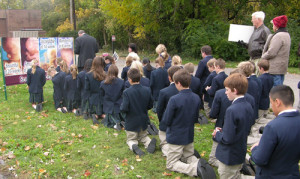 “We saw an enthusiasm, a turning to prayer, because the videos break our hearts, and they shouldn’t lead us to despair. They should call us to prayer and show us our dependency on God, and we certainly saw that in the participation at the 40 Days for Life this fall.”

Moving forward, Carney has high hopes for the next 40 Days for Life campaign in 2016 and the pro-life movement as a whole.

“I think we will have more momentum than we have ever had because the abortion industry’s brand is at an all-time low,” he stated, adding that more people are now identifying as pro-life.

“With the videos coming out, people are hesitant to trust the abortion industry. And they shouldn’t trust them,” he said.

Carney also underscored the importance of youth involvement in the pro-life movement, saying that both young people and converts are the future of the campaign.

“To build a culture of life, we have to protect the family. And that is exactly what we are seeing in the pro-life movement today.”